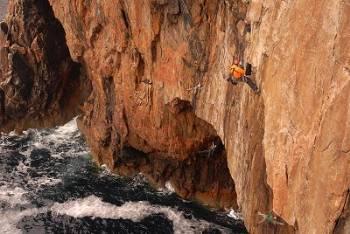 The nation’s long election ordeal is over. While that may be good news, we must temper it with the fact that Congress is now back in session.

The Senate jumped right into “serious” legislative matters by passing a bill on a 92-5 vote to allow big game hunters to bring polar bear carcasses back from Canada. Having taken care of that crisis, perhaps they can now address the huge tax increases slated to automatically become law on January 1 along with the spending sequester that almost everyone in Congress said they didn’t want when they enacted it earlier this year.

The so-called “fiscal cliff” is very much in the news with the January 1 deadline looming for the automatic tax increases and sequestration spending cuts. Nevertheless, beyond the “cliff” is the “fiscal swamp” that is getting less attention.

In October, the first month of the new federal fiscal year, the federal government ran a $120 billion deficit—a 22 percent increase over the October 2011 total. Interestingly, tax revenue actually increased by 13 percent year-over-year in October, but that was overrun by a 16 percent increase in federal spending. Those numbers tell a story. Many casual observers of the federal scene heard the debate over tax cuts during the recent election campaigns and interpreted it to mean that government revenue is declining due to the tax reductions enacted a decade ago. In fact, government revenues are growing, not shrinking—and growing at a decent pace. Unfortunately, the growth in revenue cannot keep pace with the ever-escalating increase in federal government spending.

President Obama recently demanded a $1.6 trillion tax increase from Congress, which equates to $160 billion a year over 10 years. He does not plan to use those revenues primarily to reduce the annual budget deficits. Instead, he plans to engage in additional spending with a substantial portion of those dollars. The total budget deficit for the fiscal year that ended in October was $1.1 trillion. Unless significant economic growth occurs during the current fiscal year, we will add another trillion-dollar shortfall to our $16.2 trillion cumulative federal debt. One of the largest drivers of the annual budget deficits is the interest payments needed to service the federal debt. In Fiscal Year 2011, the U.S. paid $454 billion in interest on that debt. Going forward, that number will rise exponentially unless policymakers reduce the amount of principal owed. That isn’t likely to happen any time soon. If the historically low interest rates currently paid on debt service increase, then the interest payments could skyrocket.

At President Obama’s press conference on November 14, no one in the White House Press Corps asked the following question: “Mr. President, if you get the $1.6 trillion tax increase you are demanding, the federal government will still run approximately a trillion-dollar deficit each year going forward. You indicated that you want to increase federal spending during the rest of your second term, yet you mention the need to reduce the amount of debt the nation owes. Outside of tax increases, what is your plan to reduce the federal debt?” The president’s response to such a question would be informative.

Now that all of the parties responsible for the impending fiscal disaster are back in their seats, the kabuki dance of ritual Congressional posturing will continue. Each side will stake out its “non-negotiable” positions while claiming a desire to compromise. Policymakers will discuss increasing revenue more than reducing unsustainable levels of spending. Threats and bluffs will take center stage while investors, business owners, unemployed workers, and employees with stagnant wages and rising healthcare costs will watch unamused. The federal debt will increase, rating agencies will downgrade our credit rating, and the last resort of rascals—inflating our way out of debt—will be the default position of leaders who do not lead.