Petraeus-Broadwell email and Weiner tweets are sex, power and technology 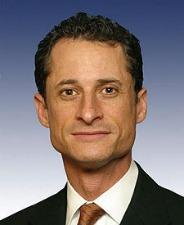 The General David Petraeus scandal involving biographer Paula Broadwell which  started when socialite Jill Kelly contacted the FBI regarding threatening emails has a number of issues being debated in the media and online.

While sex in politics and government is as old as the days of the Pharoah's, it has taken on a different edge lately, the digital document trail.

These recent affairs are more than just a political figure so engrossed in his or her own power and infalliability that they fail to realize they just might lose those careers not just because they are under greater public scrutiny but because they are using new world technologies that cause their respective falls.

Prior to Petraeus, the biggest offender was Anthony Weiner and his online fetishes.

The wary public is shocked over how a sophisticated general and head of the CIA and a popular congressman could fall from grace so fast as a result of technology.  Perhaps the greatest curiosity is if our military and our ingelligence industries such as the CIA are to stand for anything at all, it would be getting information due to modern technology, not losing our leaders due to online communications.

This recent affair also reflects how others can get caught up in the scandal, thanks in this case, to email.

Jill Kelly, the woman who unknowingly helped launched the investigation into Petraeus is complaining that she has no privacy any more.  The facts are still out as to the nature of her  own involvement in the Petraeus fall.

A spinoff of the interface of politics, sex and technology is the rapid flow of information and opinions in the new age.  Observers all over the world are discusising the facts and even the moralities of this latest tabloid sexual scandal especially since it involves American With past sexual lapses, it was difficult if not impossible to discuss the ramnifications of another fallen star. Now, it is easy for the public to obtain facts and to opine nott only with friends and family but with others across the world about matters our powerful political class would certainly prefer would have remained private, at least, until their fate was struck by disaster due to he very technologies they were charged to understand.

Below are two recent articles focused upon these issues as well as interesting comments made by the online public:

The scandal surrounding the sudden resignation of an adulterous CIA director has stunned the American public not just for its prominent cast of characters, but also because of the ease with which authorities appeared to have traipsed through personal email accounts.

Technology has transformed communications much faster than the law, giving U.S. authorities at all levels the power to routinely search reams of intimate emails, texts and instant messages, with much lower burdens of proof as far as the relevance to a criminal case.

Often, the subjects of electronic searches never know that they've been hit, let alone why.

Recently, big tech companies including Google Inc and Facebook Inc are pushing back, refusing to disclose even old communications without a warrant and effectively daring the government to press its policy in court.

Days after an extramarital affair forced CIA Director David Petraeus to resign, the Florida socialite who triggered the inquiry that took down Petraeus complained about "paparazzi" in front of her mansion and "people calling me with threats."

Jill Kelley , whose tip about harassing emails from the retired four-star general's mistress Paula Broadwell sparked the FBI probe that revealed the affair, complained to Tampa Mayor Bob Buckhorn in emails this week that she and her family were frightened by the worldwide attention they were receiving.

"I'm not sending my daughters to school today, and my husband slept at the hospital, because it's just gotten too difficult to even pull out of our own driveway. And now, I have to deal with people calling me with threats," Kelley wrote in one of several emails the mayor released on Friday.

"I'm scared and cannot believe what my city - in

But if we can actually focus on Patreus for a moment, he used taxpayers' money to finance the housing, feeding and transportation of a person writing a glowing autobiography intended to advance his political career. In no way was the biography serious scholarship.

In addition he used similar resources to support conservative pundits (not scholars) in an effort to again advance his political career.

This is both descipable and dangerous behavior by a man who opposed embedding anyone with him in Iraq. It appears that both his head and something else had swelled in the interim.

It is his solemn duty to obey the President of the United States not to undermine him and replace. Patreus should courtmartialed.

This is a typically American phenomenon: the hypocritical pilloring of people because of their sex lives. Petraeus was one of the best people selectied for his job, and his sex life has nothing to do with his professional abilities. If that had been a qualification for great or gifted leaders in any profession, there would have been no Julius Caesars, Alexanders or any other historical greats. Europeans instinctively and wisely separate a man´s gifts from his sexual predilictions. The hypocrisy that will accept all sorts of banking and Wall St, thievery, and political criminaliity balks at sex, always a masculine playground. Men play around married or not, yet US hyocrisy let it ruin the Clinton presidency by men whose own sexual lives were far more reprehensible. When will Americans grow up? Men do sex whenever, wherever and with whomever they can. Politicians and generals are not saints. Get over it and grow up, Puritans!

The Chinese military are laughing their collective asses off over this story.

Broadwell is a spy!, for whom?, and why??, americans may never know! thank???, not for closing Petreaus hearing. What has happened to transparency.

Women should not be allowed around these soldiers that thirst 4 sex!   I believe the General and would not compromise his duty!   The Republicans after losing an election are witch-hunting and are sore-grapes!   Did u hear Romney yesterday, he was like a dog returning to his vomit!    He is a pig and I'm glad he lost, because now u see what he is like!