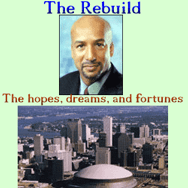 The long legal and political journey might be coming to a close as a federal jury has convicted New Orleans businessman and technologist, Mark St. Pierre of funneling cash, and paying for hookers, trips, and other things of value to City Hall for millions in contracts

Twelve jurors spent less than a day deliberating in a case involving the first CIO of New Orleans, Greg Meffert, who had been found liable in a civil trial and who has pleaded guilty to federal offenses.

Meffert testified in the criminal trial after making a deal with the prosecutors.

The case raised questions about the knowledge of former mayor C. Ray Nagin as to the operations and crimes committed in the technology office.

TALK ABOUT THE CASE BELOW