Hero Louisiana Rep. Landry Is A Zero For District After Obama Tea Off 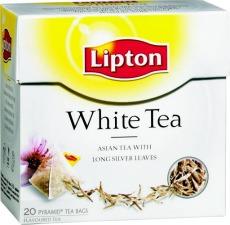 This week, freshman congressman Jeff Landry publicly refused an invitation to the White House by President Obama. Many in tea-party circles and even a few traditional media are praising this action as principled, even heroic. Yet, to defy the President publicly and refuse to have a conversation with the leader of the free world when he requests it, is not heroic, but cowardly. It is also a betrayal of all of the good people who live in Landry's district and in Louisiana as a whole. We should all be ashamed of him and he of himself.

Regardless of what he, you or I think of President Obama, he is the President of the United States and such a purposeful and intentionally public refusal is an insult to him and to all Americans.  But let's be real, here.  This was not, as Landry claims, about not wanting to participate in debt ceiling negotiations.  (If it was he would have done it in a much less public way, instead of doing press-releases and media interviews.)  This was about scoring points and bonafides with the radical-right teabaggers who are bent on bankrupting the US government in order to abolish the Great Society.  With congress having more than it's fair share of crazies and wack-jobs nowadays, Landry has to work hard to get noticed.  This is especially true if he ends up having to run against another Republican next fall due to reapportionment.

Well, he has found a way to do just that.  Teabaggers enjoy nothing more than a bash of President Obama, especially if it is a sucker-punch with little chance of a retaliatory strike.  But in doing so, Landry has done grievous harm to his constituents who are still recovering from Katrina, Rita, and the BP oil spill as well as being in the throes of the Morganza spillway flooding, massive coastal erosion and economic collapse.

A wise man would have used the opportunity of meeting the President to gain some leverage or action for his people. A wise man would have used the opportunity to gain influence with the President.  A wise man would never turn down a meeting with the leader of the free world.  (Who, after all will be in office at least for another one and a half years and very likely for four more after that, given what a dismally weak field of candidates the GOP has gathered so far.) But alas, Jeff Landry is not a wise man.  Jeff Landry has demonstrated by his actions that he is a short-sighted, small-minded man who puts his own ambitions above the needs of his constituency.  Of course, with Piyush "Bobby" Jindal leading by example, why should we expect anything else from our Republican leadership.

Why should the President help coastal Louisiana when its congressman sits on capitol hill and insults him?

Just remember, when we need help, and Obama is indifferent to our plight, it is the fault of people like Jeff Landry, teabagger extraordinare.

Laundry may be a hero to the tea-party, but he is a Zero for Louisiana.

Thomas Ainsworth Robichaux is an Attorney and Vice-President of the Orleans Parish School Board.  You can follow him on Twitter @TRobichaux

Compare:  Landry is a hero