Look Back At Ex-LSU Greatest, Shaq 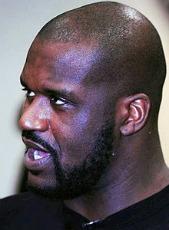 He told the world he was retiring. But in typical Shaq form, it wasn't at some news conference. It was on something called "Tout" and then it was on Twitter. Soon everyone knew that the time to celebrate one of the greatest careers in the NBA was here.

Four championship rings, 28,596 points. One of the dominant and recognizable figures in the game, even today after 19 years.

Kent Lowe Sr., LSU associate sports information, has the pleasure of remembering "when."

"The when was was when O'Neal was turning heads at LSU as the signee everyone was waiting for," recalls Lowe. "You know the story, how coach Dale Brown met O'Neal in Germany when the then LSU coach was giving a clinic. O'Neal asked for some of his exercises to help his endurance and vertical jump. Brown wrote some things down and then asked how long the man had been in the service. Turned out Shaq was 13.

That was in 1985. In the fall of 1989, Shaq was at LSU and for the next three years the national media had to talk about LSU when it came to the storylines of college basketball.

Lowe continued: "The media already had been keeping an eye on LSU because of the amazing season in 1989 of a freshman from Mississippi, Chris Jackson. Now the 1989-90 team has Jackson and Stanley Roberts and Maurice Williamson and O'Neal. The sky was the limit or so everyone thought. It wouldn't be that easy.

"Honest to goodness, Shaq wasn't the best seven-footer on the team during much of the first half of his freshman season. Roberts was. But Roberts also struggled to get in shape and that frustrated Brown and allowed O'Neal to move to the forefront.

“For a few games early in his career, Shaq sat on the bench next to the coaching staff, watching the game until the first TV timeout with Coach Brown hoping he would better see the flow of the game and avoid foul trouble that plagued him early.

"But the game I remember that put him in the public consciousness as more than a basketball player, but a personality, was an early Saturday afternoon game at the Pete Maravich Assembly Center in 1990 with Keith Jackson and Dick Vitale courtside for LSU and No. 2 Arizona. Not only did LSU win, 92-82, but it was in the final moments dunk by O'Neal that had Vitale jumping out of his  seat, the crows going nuts and then came an impromptu dance he called the 'Shaq-de-Shaq.' The Tigers rankings rose while O'Neal's image rose."

After his freshman season, Roberts was gone, so was Jackson, Brown told O’Neal he was the man. After the Arizona game he was. National media came from everywhere. Shaq had crowds, autograph hounds and fans who wanted to adore him following him wherever he went.

The 1992 season may be more remembered for an SEC Tournament night when O'Neal and Carlos Groves of Tennessee got into it and that may have led to the decision by Shaq and his family to go ahead after his junior season and turn pro.

"Who knows," said Lowe. "I personally don't think Shaq could have bettered himself by staying at LSU for a fourth year, We hated to see him go, but it was probably time."

It was time for Shaq to go to the NBA and he was the first pick of the Orlando Magic and the rest is history.

I followed O'Neal when he was a Magic because I was in Orlando with the Chicago Cubs organization who had a minor-league team there. Former LSU football coach Charlie McClendon was in Orlando as president of the College Coaches Association. Arnie Fielkow, former Saints executive and now head of the City Council in New Orleans, was president of the Southern League, Orlando's minor-league association.

Shaq continued to visit LSU, especially in the off season and word would spread through the city that he was in Baton Rouge. He would usually make an appearance on the Tigers' floor and see the television crew and check out his SID (Lowe).

"In 2000, Shaq returned to LSU for a special weekend," recalls Lowe. "He was keeping his promise of finishing his degree and graduating and LSU kept theirs, to retire his number and hang it form the roof of the Maravich Center.

"O'Neal was the featured speaker of the main graduation ceremony, wearing his XXXL black gown and a handmade scarf reading" 'Shaq Is Finished.' He declared to the crowd that LSU was 'Love Shaq University' and then walked across the stage with his class to actually receive his diploma.

"The next night, prior to the LSU-UNO game, Shaq and his mother, Lucille, walked on the court for the formal ceremony to retire his jersey. It was a weekend to remember."

Shaw is still a feature each year in Baton Rouge for his golf tournament that carries his name and supports the Shaquille O'Neal CHAMPS Life Skills Program at LSU.  Shaq hitting a golf ball is something to see.

Shaq is the most famous athlete to ever play at LSU followed by Pete Maravich. Third would be Heisman-Trophy winner Billy Cannon and fourth would be basketball star of the NBA Bob Petit.

O'Neal has donated millions of dollars to LSU and the University has erected a bronze statue of him on campus.

"There's so much to remember about and his LSU days," said Lowe. "I think he's made the right decision to retire after such a wonderful career in the NBA. I hope he still has special memories of his time in Baton Rouge."