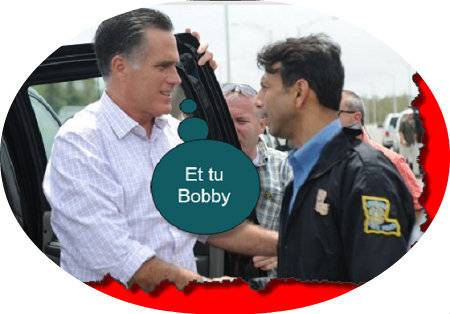 Turkey:  a person of little appeal; dud; loser; a flop

This year, we continue a cherished Thanksgiving tradition at Ringside Politics by bestowing our annual “Turkey of the Year” award to the most deserving politician or media personality.

This year, we were inundated with many worthy nominations. Receiving serious consideration was MSNBC commentator Chris Matthews, who spent the entire election season calling Republicans racists and looking for imaginary “dog whistles.” The tingle up his leg turned into pain in the neck for every viewer who was not a hopelessly liberal Obama lover.

In second place this year was the ever agitated and immensely irritating Vice President Joe Biden. From his over caffeinated debate performance to his lamebrain comments about Republicans putting black people “back in chains,” Biden did not disappoint those Americans looking for comic relief. Post-election he continued to deliver unintentional jokes as he consoled Hurricane Sandy victims by promising that “home boy” President Obama would take care of them. Even more comical is the report that the ultimate political loose cannon will run for President in 2016. Joe, you are priceless!

While those nominations were seriously considered, we decided to bestow the 2012 award to a Republican this year, as we know bi-partisanship is always important. At this point, most people would assume that we recognized New Jersey Governor Chris Christie who used the keynote address at the GOP convention to advertise his accomplishments in his home state and barely mentioned the nominee of the party. No, Christie, who threw Mitt Romney under the bus with his effusive embrace of Barack Obama in the aftermath of Hurricane Sandy, did not win, but he did receive honorable mention.

Instead, the clear winner of the 2012 Ringside Politics Turkey of the Year Award is none other than Louisiana Governor Bobby Jindal.

This self-promoting, narcissistic presidential aspirant did not even let the dust settle from the 2012 presidential campaign before he was hurling insults at Governor Romney. In the immediate aftermath of the election, Jindal made headlines for referring to the Romney campaign as “stupid.” He made a very public point of saying that he rejected Romney’s analysis of the election that Obama won by giving large “gifts” to certain minority groups. He called the remarks “insulting” and said that the Republican Party cannot win by demonizing people.

This is the same politician who furiously campaigned for Romney in approximately 30 states during the presidential race. During this time, he never uttered a negative comment about any aspect of Romney’s message. Of course, some cynics would argue that at that point, he was trying to stay in the Governor’s good graces, angling for a high profile cabinet appointment. Post-election, there was no need for Jindal to continue with the charade.

Throughout his tenure as Governor, but especially in the last year, Jindal was almost never in his home state, even though he continues to be paid by the taxpayers of Louisiana. In fact, Jindal might want to look at national office, because his popularity is waning in Louisiana.

According to an October 2012 Southern Media poll, his approval rating has fallen to 51 percent, down 13 points from last year.  Not only is the Governor’s non-stop travel schedule irritating to many Louisiana voters, but his plans for handling the budget, public education and healthcare problems are unpopular.

Jindal cares very little about Louisiana polls, for he will not seek another office in his home state. From the second he was elected Governor of Louisiana, Jindal has been looking at moving up the next step in the political ladder. In his near constant travels, Jindal has been raising funds for Republicans or his own campaign and headlining events to bolster his national profile.

He will use his new position as Chairman of the Republican Governor’s Association to travel the country giving speeches and trying to fashion a role as leading candidate in the 2016 presidential campaign. Yet, Jindal will be in for a rude awakening on the national stage for not only has his act worn thin in Louisiana; he is also not destined for much success as a Republican presidential candidate.

The Governor’s skill set is limited. While he is unquestionably intelligent, he does not possess great ability as a speaker or motivator. He only possesses endless ambition.

In the meantime, his neglected state of Louisiana is facing calamities galore, in the state budget, in our healthcare system, in public education, and in our environment, especially a dangerous and growing sinkhole in Ascension Parish.

The sad news is that Louisiana problems bore the Governor. He is more interested in pressing issues such as the quality of judges in Iowa. This year, he participated in a bus tour of Iowa trying to oust a judge who supported same-sex marriage. While the issue is interesting and controversial, the Des Moines Register noted that Jindal may want to focus on judges in his home state since a 2008 survey rated Louisiana judges as “the worst among the 50 states in the area of competence.”

Jindal’s act was so obvious to Dave Gregory of Marion, Iowa that he wrote a letter to the Advocate of Baton Rouge noting that “Many suspect that he’s already campaigning for the 2016 Iowa Presidential Caucuses. Please call back your governor and find something for him to do.”

If only Louisiana had a first in the nation GOP caucus or primary, then Governor Jindal would show some interest in his home state and maybe participate in a bus tour here. Otherwise, we are on our own, as the 2012 Turkey of the Year is busy gobbling up press coverage as he visits everywhere but the place that should be receiving his undivided attention.

More in this category: « New Orleans Thanksgiving at the Fairgrounds is an easy bet Is Bobby Jindal the latest born-again GOP flip-flopper? »
back to top