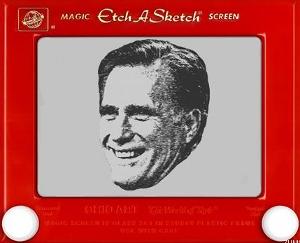 Is he the new GOP flip-flopper?  The latest etch-a-sketch national republican politician?

Or, is Jindal the pragmatic Louisiana governor, the leader of  the reddest of all red states who realizes that in order for him to obtain the job he really wants, he must tone down his Grover Norquist rhetoric and be a candidate for 100% of the people, not 47% or 53%  as he recently described  a perception of the GOP after the Democratic whipping of Mitt Romney and the GOP?

Louisiana has a major budget problem that needs a gigantic and immediate fix.    Louisiana Democrats look to what they claim are poor schools, miserable healthcare, bad economy, departure of the brain trust and point fingers directly at Jindal for changing course, cutting back on taxes early in his administration during a period when Louisiana was flush with Katrina money and leaving the state with a habitual deficit that requires plugging by constitutional mandate.

Now, some voters see a state budget ready to bust, roughly one billion in the hole again after a few years under Governor Jindal of borrowing on the state’s credit card by continuously using one-time money, embarking on uncertain government programs and raiding other dedicated funds, not intended for the general treasury.

Over the course of his administration, his profile has gotten higher and now he is a bona-fide candidate for the U.S. Presidency, especially since he is Chairman of the Republican Governor’s Association and because he gets the national media gigs which  now appears to be daily.

But, some national writers are beginning to take Governor Jindal seriously as has been the Louisiana writers now for over four years.  In doing so, these writers might be helping his long-term aspirations for the Oval Office but only if he can get past the angry Louisiana legislature and the very primary voters in Iowa,  New Hampshire and  South Carolina that kept foisting the ultra-conservative anyone-but Romney candidates upon the national stage.

While Jindal has basically declared certain republicans and his party for being “stupid”, he is leaving many wondering to which audience is Governor Jindal now playing?

The real conservatives in Louisiana have been and are continuing to flank his right.  He has gotten most of his reforms through the legislature due to brute political power and by removing any one who opposed his latest legislative toys.  After removing two conservative republican lawmakers who were threats to his plan to privatize government employee healthcare, his buddies on the right now trust him less while those on the left have no use for him at all.

While he continues to lead the charge against Obamacare as Chairman of the RGA, just as he led the charge against the stimulus right before addressing the national audience in an address he would love to forget, from the noise he is now making, some national conservatives (and others) are wondering if he is sinking a different tune out of conviction or due to political opportunity.

Some of these national media comments are somewhat surprising, such as this one written by Brendan Greely and published in Business Week. Excerpts of “Bobby Jindal Just Killed Decades of Republican Tax Policy” are below:

Bobby Jindal has always been a master of reading the political tea-leaves better than most.  It is clear, however, if he continues to confuse the state and national populace over matters essential to the core of the Republican base,  he can kiss off the Tea Party supporters as they see him morphing into a Mitt Romney flip-flopper for public consumption.

That just might be the bargain he is ready and willing to make.

More in this category: « Bobby Jindal wins Turkey of the Year Award Brees, New Orleans Saints showdown with San Francisco 49ers, the lowdown »
back to top