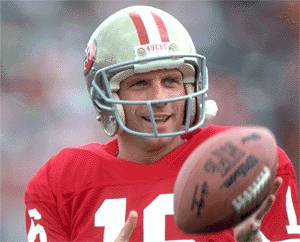 The New Orleans Saints spit the bit on Sunday, blowing a great opportunity to get back into the playoff hunt, with a 31-21 loss to the hated San Francisco 49ers. A victory would have put the team tied for sixth place in a playoff race with Tampa, Minnesota and Seattle. But with a 14-7 lead and seconds remaining in the first half, QB Drew Brees unwisely tried to force a pass to a slip-sliding Jimmy Graham with four defenders around him. The result was a pick-six and the Niners were back in the game. It happened almost the same way to start the second half when a Brees pass was tipped into the air and did not hit the ground until it was spiked after another pick-six. End of game. Lost opportunity.

The good news is that the Saints are only one game behind the aforementioned wild card wannabes. The bad news is they have a quick turnaround this week with a Thursday night game in Atlanta against the 10-1 Falcons.

For some of us with more memories than money, the worst part of Sunday's loss is that it came against the team Saints fans love to hate. The younger generation might not remember the days when the Saints were always knocking on a door that the 49ers had locked, bolted and stacked up the furniture against. There are not many other NFL teams that have won 12 games and still finished second in their division, which the Saints did in 1987 and 1992. In their Finks-Mora renaissance, the Saints had the bad luck to be in the same division as the team that won at least 10 games 16 straight seasons, from 1983 to 1998.

As a Saints executive for a decade, I suffered through every Saints-49ers game between 1986 and 1995, which was chock full of frustration. If Who Dats were licking their chops Sunday because second-string QB Colin Kaepernick was replacing Alex Smith, I recall a similar game in San Francisco in 1991 where All-Pro QB Steve Young was a gametime scratch and journeyman Steve Bono was named starter. The Saints were licking their chops and held a 24-17 lead going into the fourth quarter. But then Bono realized he had the same weapons around him that made Young great, and he led the Niners to three touchdowns in a 38-24 rout. But there were others.

How about the game in 1989 in the Superdome when the Saints went up 20-17 in the fourth quarter on a Morten Andersen field goal only to watch Joe Montana march his team methodically down the field before hitting John Taylor with a 32-yard winning TD pass? How about the very next time they came to town, in the opening game of the 1990 season, when the Saints went up 12-10 on an Andersen field goal only to have Montana do it again, taking the team down the field to win on a Mike Cofer field goal. The Saints proved no lead was safe in 1992 at Candlestick Park when the visitors led 20-7 going into the fourth quarter only to see Young and TE Brent Jones hook up twice in the final period for a 21-20 heartbreaker.

No, Saints fans do not like to lose. But when they lose to the hated 49ers, it is worse than losing. It's the memory of the playground bully, kicking sand in your face while he steals your lunch money.

WHOM WOULD YOU SAY IS THE TOP QB?  MONTANA OR BREES?  TELL US BELOW