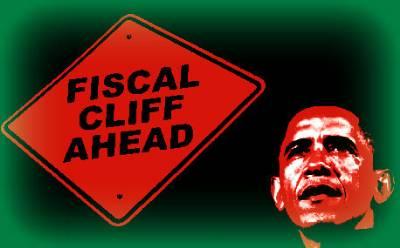 Are Republicans, who have for years have been under the thumbs of one of  the most powerful persons in Washington DC now starting to rebel against him?

Or, how’s this—is the GOP telling Grover  Norquist to jump off his own cliff  instead because arguably without raising revenues through taxes, the country could easily drop into another recession?

The answer to borh questions appear to be—well, kinda yes.

"No one is caving," Norquist, president of Americans for Tax Reform, told The Wall Street Journal in an interview published Sunday. "For 20 years Democrats have tried over and over to trick Republicans into breaking the pledge. It hasn't happened. This isn't my first rodeo."11:21 AM 11/26/2012

It might not be his first rodeo but this one and this time powerful elected officials are beginning to buck the bronco.  "I will violate the pledge," said South Carolina Republican Sen. Lindsey Graham Sunday during an appearance on ABC's "This Week."  This violation has a price, however.   Democrats must agree to overhauling federal spending.

So far, President Obama and Congressional Democrats have not shown their hands however Speaker Boehner did indicate that he could support an  undetermined  increased  revenues, without specifying taxes.   However, the Speaker also said Obamacare should be put on the table which appears unlikely, if not a pipe dream given the recent election and the US Supreme Court.

Obviously, Washington republicans are not going to budge unless the people want them to do so, especially, of course Republicans .

Nonetheless, what are your feelings about the Norquist pledge?  Take our poll around and please forward to others.