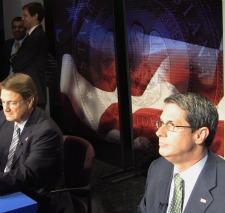 While Jindal’s endorsement would have helped, Vitter did not need the Governor’s support. He was an overwhelming favorite facing a weak Democratic opponent. Similarly, in this fall Governor’s race, the Republican Jindal is in very good shape to win his second term. Jindal has $10 million in his campaign war chest and no prominent opponents challenging him. His only announced challenger is Tara Hollis, a teacher from Claiborne Parish.

While Louisiana Democratic Party Chairman Buddy Leach promises that Jindal will have a major challenger, no one has stepped forward. Democrats face a state that is moving to the right and is very opposed to the radical left wing agenda of President Obama. As Louisiana Democrats try to compete in the state, the debates on Capitol Hill are not helping. Louisiana voters see a national Democratic party that is out of touch with the conservative values of most people in the state. This trend has become quite pronounced since President Obama was elected. Just a few years ago, state Democrats controlled all of the statewide positions in Louisiana except one. Now the only statewide elected Democrat is U.S. Senator Mary Landrieu.

With the conservative political landscape of Louisiana, Jindal does not need any endorsements to prevail in the fall. Nevertheless, this week, Senator Vitter formally endorsed Jindal’s re-election bid. Why would Vitter endorse a politician who so publicly rebuffed him? Vitter knows that Jindal is the heavy favorite and he is playing good party politics by endorsing the Governor.

Vitter is working hard to build a conservative Republican majority in the Louisiana Legislature and he knows that enacting a conservative reform agenda is easier with a Republican Governor. It does not mean that Vitter is especially happy with the anemic agenda pursued by Bobby Jindal.

In fact, in his endorsement statement, Vitter took a not too subtle shot at Jindal, urging his supporters to create a larger Republican majority in the Legislature so the party can “help Bobby become as engaged and bold as possible in his second term."

Clearly Vitter is implying that Jindal has been less than engaged and anything but bold in his first term. The frequent flyer Governor is often traveling out of the state fundraising, selling books, campaigning or speaking to a diverse number of organizations. His legislative agenda was mostly unsuccessful in the last session and no major fiscal or tax reform initiatives were passed.

Vitter and Jindal have also tangled over the issue of the University Medical Center. Jindal supports a $1.2 billion, 424 bed hospital that will need annual subsidies of $125 million from state government. Vitter supports a much more conservative approach, with a smaller hospital partnering with other local hospitals and possibly renovating the old Charity Hospital.

Qualifying for the Governor’s race begins in September. In the meantime, Jindal will undoubtedly tout Vitter’s endorsement, while ignoring the faint criticism. On the other hand, if well funded opponents ever materialize, they will undoubtedly emphasize the fact that Jindal has not been either engaged or bold. It may not be enough to defeat the Governor, but it will at least be enough to make a case for a change in Baton Rouge.