Once again a Louisiana politici 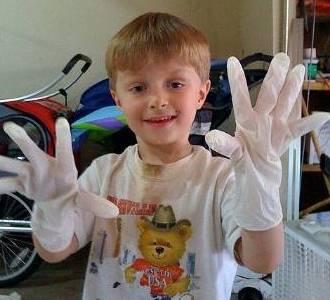 n is given a light prison sentence for heinous crimes. It seems there are two standards of justice in our community, one for politicians and one for the rest of us.

In addition, Johnson submitted false invoices to the Small Business Administration; lying about a loan he received to fund post-Katrina reconstruction on his home. The Louisiana Legislative Auditor’s office noted that Ninth Ward Housing wrote dozens of very suspicious checks. Some were made payable to people who could not be located, while others were paid to businesses with no experience in recovery work. There were also six questionable checks sent to Johnson’s sister.

Overall, Johnson was operating a scam and enlisting the aid of other people who helped his cover up these crimes.

According Africk, Johnson, “chose to use federal taxpayer funds, dedicated to a non-profit organization, not to improve the neighborhood and the people you sought to represent, but for your personal gain… You chose to serve yourself at the community’s expense."

In effect, Johnson placed his political aspirations in front of the needs of hurricane victims.

Johnson asked for the court’s mercy because of his eight-year-old daughter; however, he was obviously not thinking of his daughter when he committed these crimes.

Johnson will also have to repay the federal government approximately $80,000.00 to cover the funds he stole plus a $5,000 fine. It is not known how Johnson will be able to pay restitution and the fine since his attorney Julian Murray claims that he is “broke.”

Murray claimed that Johnson did not deserve a prison sentence despite the severity of his crimes. He said “I think probation would have been the right sentence.” However, such a sentence would have been an outrage.

In reality, Johnson is very fortunate for he received an extremely light sentence. He could have been sentenced to over 8 years in prison for his crimes. Johnson was also given other considerations by the judge as he will not have to report to prison until January 8, 2013, after the holiday season.

Ideally, a politician that betrays the public trust should be given a harsher sentence than a garden variety criminal. A corrupt public servant like Jon Johnson harms the entire political system, leading to less public trust in our elected officials. These types of crimes also damage the reputation of the entire state, giving outsiders the view that Louisiana is filled with nothing but corrupt politicians and not a place to do business.

Until Louisiana voters stop electing crooks like Jon Johnson we will remain fixed at the "bottom of the good lists and the top of the bad lists."

DO YOU AGREE OR DISAGREE? TELL US BELOW