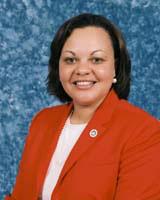 "The Louisiana Democratic Party calls for an immediate halt to Governor Jindal's unconstitutional voucher program in the face of this ruling, and a return of all funding and students to local public school districts,"

Louisiana Democratic Party Chair Karen Carter Peterson said today after the Jindal voucher plan was declared unconstitutional. "We urge the Governor not to appeal this decision and to refrain from inflicting further needless harm on the public school system by pursuing this unconstitutional program."

"Judge Tim Kelly's decision to declare Act 2 -- Governor Jindal's voucher plan -- an unconstitutional use of Minimum Foundation Formula Program dollars is a victory for all those who believe that public education is an essential pillar of our democracy and of our prosperity," Chairwoman Peterson said upon learning of the ruling.

"The state Constitution is very clear that MFP dollars are reserved for the funding of public education and Judge Kelly's ruling has confirmed that fundamental fact," Chair Peterson said. "Governor Jindal chose to ignore the Constitution and strong-armed this bill through the Legislature without affording time to consider the bill and its implications. But, what makes the United States unique among nations is our long history of the rule of law and that rule was reaffirmed today by Judge Kelly."

"There are ways to amend the Louisiana Constitution, but Governor Jindal deliberately sought to short-circuit that process and essentially privatize public education by directing MFP dollars into the coffers of private school operators," LDP First Vice Chair Shane Riddle said. "Our children, our communities and our state deserve better than radical social experimentation the likes of which the Governor offered in his unconstitutional bill."

However, based upon a separate statement Governor Jindal obviously has no intentions to follow the Louisiana Democratic Party requests.

Instead, Governor Jindal called the court's ruling a "travesty" and has pledged to take the matter up to the Louisiana Surpreme Court.

Jindal said, "“Today’s ruling is wrong headed and a travesty for parents across Louisiana who want nothing more than for their children to have an equal opportunity at receiving a great education.   That opportunity is a chance that every child deserves and we will continue the fight to give it to them. The opinion sadly ignores the rights of families who do not have the means necessary to escape failing schools. On behalf of the citizens that cast their votes for reform, the parents who want more choices, and the kids who deserve a chance, we will appeal today’s decision, and I’m confident we will prevail. This ruling changes nothing for the students currently in the program. All along, we expected this to be decided by the Louisiana Supreme Court.”

Also, Bill Maurer, attorney for the Institute for Justice told Bayoubuzz in a recorded audio interview that a stay will be filed immediately.  He also said that vouchers were not determined to be unconstutitional, just the funding mechanism.