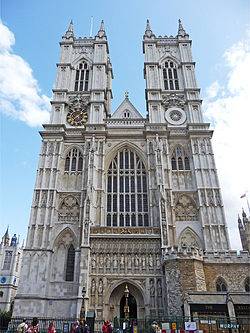 The Shah of Iran is still dead and Kate Middleton is still not pregnant.

The former phrase regarding the former head of the Middle Eastern country was somewhat of a continuous joke on Saturday Night Live.

But to many, the idea that Kate Middleton is not pregnant is no joke as it has been one of the main topic of discussions in the tabloid media and among many of the royalty watchers who want desire certainty and continuity in the industry of succession to the throne.

The latest spotlight on the Duchess of Cambridge’s internal time clock arises out of her trip to St. Andrew’s school where she revealed something about her past and displayed her athletic passions.

She told the audience of students that her nickname at the school was “squeak”.  But, she also displayed her love for and her hockey abilities as she traded shots with 12-year-olds while she wore a frockcoat and more importantly, as calf-length boots with three-inch heels.

Numerous media articles have made reference to her pucking around on the hockey field in those high-heals while visiting St. Andrews.  Certainly, if one needs proof that Kate Middleton is still not pregnant, according to the Kate watchers, this was it.

There is also news that Kim Kardashian still is not British, nor royal lineage, no matter how much she might try.

According to numerous publications, the queen of shlock, Kardashian would love to get married in Westminister Abbey, but since she can’t she’s checking out other venues with the Abbey motif.

The source continued: "Instead she's been looking at castles near London. She wants the most spectacular wedding and she's talking about having guests like Jay-Z and Beyonce, Eva Longoria, Lindsay Lohan, Rihanna and Katy Perry arrive in horse drawn carriages — just like the royal wedding."

Should Kim Kardashian tie the knot with her current man Kanye West (after getting her divorce, that is), and if she finds a Abbey substitute, can you imagine the future queen of England hanging out with the frequently arrested Lohan?

That would not make a squeak, but a royal roar.

More in this category: « Unconstitutionality of Jindal's education voucher law ripples across nation's media Jindal, Sasol announce investment of $16B to $21B in complex, create 1253 jobs »
back to top