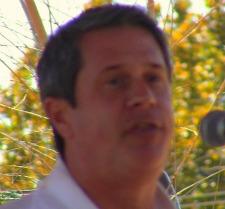 There are 109 days until October 22nd. And that's not the only calendar date that matters:

Keep all of those in mind as we step gingerly into the prognosticating for the fall. Without much question, the race that is on everyone's mind is that for Governor. And the thought coursing through everyone's head is that Bobby Jindal looks like a sure thing for reelection. With more than $9m (or more) in the bank and not even a peep from his opponents (unless of course suspiciously-North-Louisiana candidate Tara Hollis raises real money).

Without announced competition (or any legitimate competition on the horizon), Jindal will likely be freed from a tough race and therefore able to spend prodigiously on the legislative contests. And Jindal isn't the only statewide official to be interesting in influencing the legislature:

Vitter also is seeking money contributions but for a different cause. He asked for contributions of up to $2,500 for the Louisiana Committee for a Republican Majority.

The group, which Vitter helped found, aims to elect conservative leaders.“To help Bobby become as engaged and bold as possible in his second term, we need a more conservative legislature, particularly in the State Senate,” Vitter wrote supporters.

So there you have it, progressives. Two statewide elected officials with serious campaign kitties are going to be work to elect a more conservative legislature. The outside money sipgots will be on.

by Lamar Parmentel, chief curator of DailyKingfish.com, a "progressive" blog

More in this category: « Jindal Bowls Over Bad Louisiana Legislation With Veto Rush To Judgment Cases: Casey Anthony, Strauss Kahn »
back to top