Our Scarlet Letter, Casey Anthony Gets Her Freedom 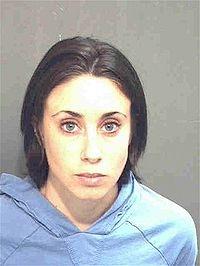 Our 21st Century version of Scarlet Letter’s Hester Quinn, Casey Anthony, will be “freed at last” next Wednesday.

There has been much talk about making book deals, getting death threats, being on top of the most-hated list, and being a proud symbol of the nation’s most dysfunctional family.

Through it all, she has been acquitted by seven women and five men who saw and heard all of the testimony, evidence and listened to all of the oral arguments.

I am one of those who did not consume the daily Casey Anthony media feeds. I did not get myself into a Tweeter twit during the course of the trial.   Actually, I did not tune in to this reality show until this weekend and admittedly became more than curious regarding why everyone was so “Caseyized”

My own opinion is the lady who will wear her daughter’s image on her forehead forever, is not innocent but in this trial was absolutely not guilty. The prosecutor had a hard case to win with no direct evidence available. Despite the shrieks for The Fox News commentator, Foxy Judge Jeanine Pirro who seemed to insist that the biggest crime was the jury’s verdict, I side with Sean Hannity on this one—the evidence just was not there and that the state simply did not prove its very complex case.

Surely, I join with others believing that Anthony and family know so much more than what is in the record. Her crass and bizarre behavior speaks volumes about her and to an extent of our society’s failings.   If anyone should be convicted, it is us for putting so much emphasis upon the impulses of today instead of the sacrifices for tomorrow

So, this week, Nancy fell from Grace and now claims that the devil is dancing with the verdict. Millions of us are angry that justice has been denied. Worse, the world appears angry at the jury—which is the real shame.

The truth is despite the world’s scorn and media circus, the American legal system worked. It is true that a young lady soon will be free to walk the streets while her daughter’s remains are all that we know.

While some of us want to send this now familiar face and even the unknown jury onto the gallows there is a real story to be heard. This jury had no motive to side against their own reason.   The members served their civil duties and made a decision they all found horribly repugnant. Our outrage at them might give us comfort. But, in the end, they should don a scarlet and golden crown for doing what they thought was right and just.

by Stephen Sabludowsky, J.D. and Publisher of Bayoubuzz.com