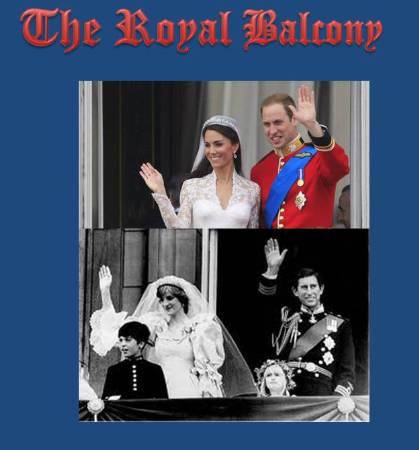 After a year of holding her handbags protectively across her tummy, making numerous official toasts by drinking water from wineglasses, and publicly declining peanut-laden appetizers, Kate Middleton is officially pregnant at last!

But now, December is here. Although it is only the third day of the final month of the year and just a few days ago, Middleton was gamely showing schoolgirls at her own former academy how to play field hockey while wearing high heels, Buckingham Palace had to push the official announcement of her pregnancy forward because Middleton is already suffering complications.

Officially, the Palace says Middleton is experiencing acute morning sickness symptoms that require a doctor’s supervision, and so she is “expected to stay in hospital for several days and will require a period of rest thereafter.”  While the Palace did not use the term “bed rest,” any older mother (which Middleton, at 30, now finds herself being), knows what this likely means–a high-risk pregnancy.  Kate’s blabbermouth friend also hinted that Middleton’s pregnancy may have been artificially induced, either through fertility drugs or embryo implantation, or some combination of techniques, in that Hays explained that the Royal Couple would “be happy with boys or two girls,” and Middleton and her Prince have similarly publicly averred to well-wishers that they hope for two children, implying that twins might well be the order of the day.

Last week, the internet was aflurry with the suggestion that Kate’s sister, Pippa, might serve as a “surrogate” womb for Middleton and Prince William’s royal offspring!

All of this, or any of it, would certainly drag the Royal Family officially into the public forum of fertility and legitimacy issues that, so far, it has managed to avoid.

Let’s go back 324 years, when a royal highness even more unpopular with the British than the current Charles, Prince of Wales, was ruling Britain.  We’ll be brief, since you can take more time and look everything up in greater detail on Wikipedia once you finish tweeting the good news of Middleton’s pregnancy.  In 1660, James II (of England) and VII (of Scotland) was not yet King of England, but his brother, Charles II, was King.  Charles II was married to Catherine of Braganza, but she was apparently infertile, and although Charles II sired many bastards, none of them could inherit his throne.  Charles’s brother James, a horny kind of guy who enjoyed defying social conventions, also had numerous mistresses but had married a commoner, Anne Hyde, daughter of an Anglican lawyer.  Anne Hyde and James were both very attracted to Roman Catholicism, having been exposed to it in their various visits and exiles in France and Holland, and eventually they converted to the Roman faith, which caused a great consternation in England because people had just fought the agonizing Wars of Religion all across Europe, and the English wanted a royal succession through the Church of England.

James had kept his own conversion (probably in 1668 or 1669) a secret, but it became more or less public in 1673 when James refused to take a particular oath that would have required him to officially reject certain key Roman Catholic beliefs.  Although his brother Charles II insisted that James and Anne raise their children as Protestant Anglicans (which they did), only two, both daughters Mary and Anne, had survived infancy.  Because Mary had married the Protestant William of Orange in Holland, the British felt certain that Mary would eventually rule as a Protestant, and the Stuart Catholic strain would die out with James, who was growing older, and whose wife Anne Hyde had died.  Despite James’ Roman Catholic conversion, he was not considered as likely to sire any new Roman Catholic heirs.

But James dramatically changed the equation when, in 1673, he married Mary of Modena, a Roman Catholic Italian noblewoman who was only 15 years old, and very likely able to give James a new line of unabashedly Roman Catholic heirs.  At the time of their marriage, James was years older than his teenaged bride.  He introduced her to his daughters with the claim that he’d brought them a new playmate.  Although Mary of Modena was said to burst into tears every time she saw her new husband, eventually she embraced her role as his royal wife, and gave birth to a long line of children with him that, sadly, did not survive early infancy.

Because of these factors, at first the British nobles were not unduly concerned that James’s efforts at establishing a Catholic dynasty would meet with any lasting success.

However, things became more complicated when Charles II, on his deathbed in 1685, converted from Anglicanism to Roman Catholicism.  Upon his death, James and Mary Modena rushed to be crowned at Westminster Abbey.  James immediately assembled a new Parliament that initially supported him, and he offered a kind of amnesty to his opponents.  But his own nephew, the Earl of Monmouth, declared himself the new Protestant King of England and attacked James from the South, while the Scottish Duke of Argyll attacked James from the North, although both rebels had raised their armies in Holland (where James’s own daughter and son-in-law were then living).  Although these rebellions were swiftly defeated and James remained in power, the backlash that ensued (numerous executions, forced deportations, and forfeiture of land and property) made James many enemies.  James had also responded by imprisoning a group of Protestant bishops and raising a semi-permanent army composed mostly of Roman Catholic loyalists, and this both frightened and enraged the nobles.  People were convinced that James intended to establish an absolutist, Catholic state.

When on June 10, 1688, Mary of Modena suddenly produced a new, male, Roman Catholic heir to James’s throne, the nobles’ ire became even more pronounced.  The re-establishment of a Roman Catholic Royal dynasty was unacceptable and alarming.  In response, the nobles claimed that Mary of Modena’s son had been still-born, and that a changling baby, a bastard newborn son procured by a conspiring servant, had been smuggled into the Catholic Queen Mary’s boudoir hidden inside a bed-warming pan by a loyal lady-in-waiting during the supposed “delivery” to replace the dead infant and give James a male, Roman Catholic heir.  Even though Mary of Modena’s bedroom had been packed with 200 Catholic and Protestant witnesses to avert any such suspicions, depositions taken from a few of these witnesses gave James’s Protestant foes adequate ammunition to dispute the birth’s legitimacy.  William, the Protestant Prince of Orange, decided that he had grounds to invade England to protect his wife Mary’s claim to her father’s throne and also defend the Protestant faith.

Less than three weeks later, a group of seven Protestant nobles (the “Immortal Seven”) invited William of Orange to come to England with his army, and, in the name of his wife Mary’s claim, take the crown from James by force.  The Immortal Seven promised that they would support William with their own armies, and promote his cause.  Although James had initially been offered military support from the Roman Catholic French king, he had believed that his own army would be sufficient, but James was then proved wrong when William showed up with an army of no less than 15,000 armed men, and many of James’s greatest Protestant officers and supporters, including his own daughter, Anne, defected from him.  James then allegedly dumped the Great Seal of the Realm into the Thames River, and tried to escape to France.  Captured in Kent and placed under Dutch guard, William allowed James to escape to France, and there he and Mary of Modena lived with the “warming pan” heir James, and also had several more children.  Meanwhile in England, the triumphing nobles declared the whole experience to be a “Glorious Revolution of 1688.”   While the Parliament refused to formally depose James, they declared that because he’d fled to France and dropped the Great Seal into the Thames, he had de facto abdicated, and had left the throne vacant.  Parliament then elected to fill this vacancy by declaring James's daughter, Mary, Queen; she was to rule jointly with her husband William, who would be not just her prince consort, but king.  Scotland’s Parliament held similarly.  Then, the British Parliament went even further: It created a Bill of Rights that not only declared James’s rule to have been unjust, but also that henceforth, no Roman Catholic was permitted to ascend the English throne, nor could any English monarch marry a Roman Catholic.

This rule has not changed to the present day.

Although it did not formally enact it as a law, another outcome from the “baby in the warming pan” alleged incident was that at least one minister accountable to Parliament would be physically present at the delivery and birth of any future heir in line to the throne.

The last known royals to be so fully inspected at birth and observed during delivery were the present Queen Elizabeth II and her sister, Princess Margaret.  Although not formally acknowledged, anecdotal evidence claims that both Elizabeth and Margaret were the products of artificial insemination, due to some conception problems involving their father.  Neither Elizabeth nor Margaret was born in a hospital, where nurses and physicians are necessarily witnesses, and conditions are more conducive to such inspections and control of persons going in and out of delivery rooms, with or without warming pans (which are now rarely seen in actual use).  Despite the high-risk nature of her birth by Caesarian Section, Elizabeth was born in a bedroom at her maternal grandfather's London house, 17 Bruton Street, in Mayfair.  Margaret was actually born in Scotland, at her maternal grandfather’s ancestral home, the much-haunted Glamis Castle.   In each case, though the birth was thoroughly witnessed as a true, live birth (without a warming pan) by a British minister.

Nowadays, with DNA testing to determine true paternity and even maternity (given the possibility of egg donations from other women), the necessity of having a government minister present to eyewitness the royal births has been dispensed with.

Even so, the claims to be passing on “royal blood” may nowadays be easily thwarted by DNA testing.  Rumors persist that even Queen Elizabeth’s own mother is not the full child of her parents, the Scottish Earl and Countess of Strathmore and Kinghorne, but that rather, her mother is the illegitimate daughter of the Earl and the family’s Welsh maid, or else by their cook, Marguerite Rodiere.  It is for this reason that the Duchess of Windsor was said to have mockingly referred to Elizabeth the Queen Mother by the nickname, “Cookie.”  In support of these theories, the Queen Mother’s actual birthplace remains remarkably obscured.

Chances are that if Kate Middleton and Prince William have availed themselves of modern fertility techniques, the Palace will endeavor to keep such information as private as possible.  If the furor that ensued when Kate went topless and then bottomless in the south of France a few months ago is any indication of how Buckingham Palace will respond to press scrutiny of the new Royal pregnancy, all reporters and paparazzi will be held by a tight leash as her pregnancy progresses.  The press will not likely enjoy the romantic period that ensued with the late Diana, Princess of Wales’s two pregnancies, which were in the early bloom of her young adulthood.  But all the same, we wish Kate and Prince William well in their new adventure, and pray for the happiest of outcomes.  We respectfully recommend that Kate stop showing off her field hockey moves while wearing high heels.  Whatever happens with Kate and Diana’s heir will likely be much more joyous, and a lot less political, than the “warming pan” episode and birth that led to a sad exile in France and the end of the Stuart’s English dynasty which, ironically, Prince William now personifies and embodies through his mother’s own Spencer line.

We wish them nothing but good things!