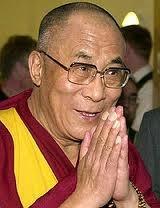 After World War I the United States became the most powerful nation in the world and the leading creditor nation.   Everyone owed us money and most accorded us respect. America had emerged.

America’s status grew with our involvement in World War II and the subsequent Cold War.   We became the free world’s protector at considerable cost to us in lives and treasure. America commanded respect.

That is why it is so difficult today for Americans to accept our reduced global role.   Although still the world’s greatest military power, our nation runs on extended credit. Our economy is in shambles and our economic foundation, the middle class worker, has practically disappeared as our manufacturing base moved off-shore.

Yet, unwilling to reduce our standard of living commensurate to our new economic standing, we persist in spending money we no longer have to sustain an impossible dream. The net result is massive national debt and burdensome yearly deficits… a reversal of past fortunes. America has fallen from the leading creditor nation to the leading debtor nation in a generation.

Our national stature has fallen with the value of the dollar. Indeed, some even take the opportunity to humiliate us as if to prove our growing impotency.

China, once a backward, rural, failed communist experiment has become a major economic player.   It rapidly eclipses the United States as the world’s most dynamic economy and holds much of our national debt.

China is now entering a new more provocative phase. The Chinese have taken an aggressive posture with their neighbors over contested territories while simultaneously building a massive military complex including aircraft carriers, stealth weapons, and space exploration. They are rapidly pushing the West aside in the East and challenging us in our own backyard.

Until recently their energy has been expended in accumulating strategic resources and commodities.   Now they are using their muscle to unabashedly dictate their political will.

China confronted the world at the Nobel Peace Prize announcements when the committee recognized Chinese democracy activist Liu Xiaobo. They threatened any nation that sent representatives to the ceremony. Some countries, intimidated by and dependent upon China, failed to attend.

The Chinese are drunk with power. Last time the Dalai Lama met with President Obama it was a short session and the Tibetan leader was unceremoniously escorted through the White House back door, past the garbage bins, to the embarrassment of many Americans.

Thankfully, President Obama has found the courage this time to confront China and demonstrate to the world that America will not kowtow to its aggressive and abusive demands. Although not accorded the honors of most dignitaries in the Oval Office, Obama did at least meet with the Dalai Lama in the Map Room for nearly an hour and by so doing sent a clear message that although the United States may have lost some prestige as a nation we remain a power to be reckoned with and will not be told what to do or who to meet by any outside force.

If nothing else, incidents like this should prove to Americans the need to cut our expenses and live within our means. The cost of indebtedness is high. The more we owe other nations the weaker we become and more inclined they are to attempt to dictate our actions.

Freedom comes at a price. In this case, the cost is the need to get our financial house in order.   Failure of our President and party leaders to act responsibly in the coming weeks could well cost the United States a century of hard earned respect.

If what America once was is to be achieved again, the cost and scope of government must be reduced and our economy revitalized.

Take The Poll Below on the National Debt

Join Bayoubuzz's Louisiana Politics and Government community is a social media site that is designed to help connect people, government and politics in Louisiana. You can share photos, videos, audio, blogs, comments, and a full variety of content

More in this category: « NFL Settlement In Legal Stage; Saints' Brees Leveraging Status For Tag Exemption Louisiana Elections: From Governor Jindal To Secretary of State Races »
back to top