Will Louisiana Democrats Field Marionneaux Against Jindal For Governor? 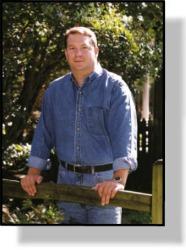 Will Louisiana Democrats Field Marionneaux Against Jindal For Governor?

As we mentioned in our Statewide Preview last fall, it's clear that Rob Marionneaux wants to be Governor. And now he's saying it out loud:

“I think anybody who gets in the race garners 40 percent of the vote,” said Marionneaux, who is term-limited from seeking another term as senator and has cooled on a previously announced bid to run for sheriff.

So far, Jindal's only announced opponent is a North Louisiana schoolteacher. Marionneaux admitted it would be a difficult task to made a late start in the statewide race against an incumbent with a $10 million war chest.

“But I don't think it's insurmountable,” he said. “I've always liked challenged, and that certainly would be one.”

Marionneaux had previously declared that he was running for Sheriff of Iberville Parish. We suppose he's in the midst of changing his mind. Nothing strokes a politician's ego like having folks ask them to run for Governor.

First order of business: Marionneaux only has about $205k in his campaign warchest. That would likely be expanded by Statewide Democratic sources, probably up and over $2m. But would that be enough?

Second, Marionneaux continues to have ethics issues relating to his law practice. Not exactly the type of storyline you want to take up against "gold-standard" Jindal, despite Jindal's own ethical failings.

Third, Marionneaux just won a large civil case against Dow Chemical in Plaquemine. Maybe the probable windfall of fees from this class action secures Marionneaux's financial future, and makes him less susceptible to the negative outcomes of a bad showing against Jindal.

We consider this the very first actual (maybe) candidate for Governor from the Democratic side. And, despite his flaws, it's something to be mildly pleased about. Marionneaux was a good populist Democratic vote on economic issues, and pushed hard for the elimination of the state income tax. However, Marionneaux's stances on undocumented aliens couldn't be called progressive by any stretch.

Either way, we're eager to have a legitimate top of ticket candidate emerge. And Democrats could do a lot worse.

Take The Poll Below on the National Debt

Join Bayoubuzz's Louisiana Politics and Government community is a social media site that is designed to help connect people, government and politics in Louisiana. You can share photos, videos, audio, blogs, comments, and a full variety of content