Landrieu thanks Letten for US Attorney work, commends Holder for replacement, Boente 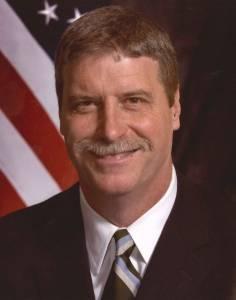 For many in Louisiana, the announcement that Jim Letten has resigned from his post as U.S. Attorney for the Eastern District of Louisiana after controversial Internet postings my members of his office.

“I want to thank U.S. Attorney Jim Letten for his long career of service to the Eastern District and our state. While the recent revelations of wrongdoing within his office are indeed troubling, his record of rooting out public corruption is to be commended. I thank him for his 12 years of service as the U.S. Attorney for the Eastern District of Louisiana and wish him well in his future endeavors. He will continue to be an asset for our community.

“In the coming weeks, after consultation with local leaders and members of the legal community, I will forward a short list of qualified individuals to Attorney General Holder and the White House for their consideration for our next U.S. Attorney. The people of the Eastern District expect and deserve an open and efficient process for determining their next U.S. Attorney, and I look forward to working with Attorney General Holder and the entire community to find the most qualified individual for the post.”

HOW DO YOU FEEL ABOUT THE RESIGNATION OF JIM LETTEN?  SHOULD HE HAVE RESIGNED?  TELL US BELOW