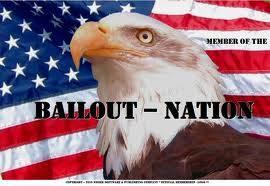 In fact, Ms. Watson said it was the President’s obligation to help Detroit because “our people in an overwhelming way” voted for him, so “there ought to be a quid pro quo.”

Because 75% of Wayne County voters supported Obama, Watson says that Detroit leaders should bring home “some bacon” as they did during the Jimmy Carter administration.

Maybe Ms. Watson does not realize that vote buying is illegal.  Her attitude is typical of many Obama supporters who want something such as a check, a phone, a job or in this case “some bacon” from the federal government.

The problem is that President Obama is in no position to bailout Detroit or any other city, for the United States government has a national debt of $16.3 trillion. Since the federal government needs a bailout, it can’t provide one for a troubled city.

The best solution for our federal government and cities like Detroit is a massive reduction in spending and a wholesale reform of government services.

Unfortunately, with liberal leaders, such as President Obama and Detroit Mayor Dave Bing, in charge, spending reductions and government reform will never occur.

Clearly, liberalism does not work, as it has truly devastated Detroit over the last 50 years.

The last Republican Mayor of Detroit was Louis Miriani, who served from 1957-1962. At the end of his term, the city enjoyed a robust population of 1.7 million people and was one of the largest cities in the nation.  Today, Detroit is a shadow of its former self. It has lost 350,000 people in the last 20 years and in the 50 years of liberal Democrat mayors; one million people have left the city. The current population is only 700,000 and dropping on a daily basis.

People are leaving in search of a better quality of life for their families. Detroit has a very high crime rate, severe unemployment, blight, poverty and a myriad of other problems associated with a decaying urban area. Liberalism always promises government assistance, but, in effect, only delivers misery.

Today, the city has a housing stock for a much larger population so it faces a real blight problem. Currently, Detroit is in the process of closing half of its public schools due to low enrollment. The city government needs to drastically curtail spending to reflect the diminished population; however, they prefer to seek funds from President Obama to forestall the necessary solutions.

Unfortunately, the city has run out of options. The problems are so severe that the state of Michigan is being forced to intervene and is preparing to begin a managed bankruptcy process for Detroit.

Eventually, unless real spending and entitlement reform takes place, the same sort of bankruptcy process will be needed for the United States government because, at that point, there will be no place left to go for a bailout. 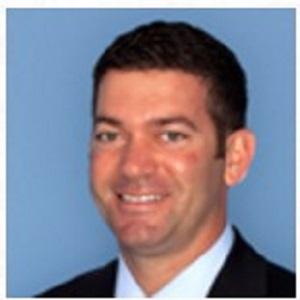