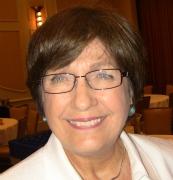 It was a hopeful but bittersweet night in Baton Rouge this past Saturday.

The Louisiana Democrats hosted their annual Jefferson-Jackson Dinner. This year, the featured attraction honored Kathleen Blanco for her years of service to the Democratic Party and to the state.

Bittersweet yet hopeful, because those in attendance were cautiously optimistic about the health of former Governor Blanco. Blanco, who retired after battling the eye of Hurricane Katrina and its aftermath, is now fighting a dangerous rare eye cancer.

Bittersweet yet hopeful because despite the shellacking Louisiana Democrats have taken over the past eight years many of the attendees and speakers said recent events in Washington D.C. involving the debt ceiling debate have given new life to the Party. The talk was Republicans have misread the voters’ mood and have over-reached on this critical issue.

Saturday evening was time for the Democrats to showcase its powerful Senator Mary Landrieu who could face stiff opposition the next time she boots up her campaign.

It was a time to be inspired by the freshman Senator from Delaware, Chris Coons, who reminded the audience that a candidate could come out of nowhere and win as he did against Tea Party favorite Christine O’Donnell. Coons also spoke loftily about his appreciation of the Democrats’ core mission in U.S. political life separating them from their opponents.

It was an opportunity for Blanco to criticize the Jindal administration and Democrats who she said abandoned the party. Blanco appear to accuse the Jindal administration of “intentionally destroying the financial footing of our state” and said that some of the former Democrats, now Republicans appear to have buyers’ remorse. Blanco showed she still had plenty of poise and spunk but despite suggestions by some that she should run again, it appears obvious that she has other concerns and will settle for a role from the flanks.

It was an occasion for Mary Landrieu to praise the first woman Governor of Louisiana, to denounce President Bush's and others' roles during Katrina, to lampoon the current Governor and to speak proudly of her deep family roots within the Party. However, those very roots might anchor well in other states but for now, not Louisiana and could bind her in her next try for office.

It was a night for Democrats to congeal as one, to contribute to the Party’s treasury and to ready for months of tough campaigns.

Yet, it was a reminder that four years ago, the Democrats in most cases fielded well-known and strongly financed political warriors for the few available high statewide office. Saturday night, despite the messages and hopes of a good future and fortune, the absence of any real dominant candidate was vivid evidence that the Louisiana Democrats cannot live on memories from the past.

By Stephen Sabludowsky, Publisher of Bayoubuzz.com