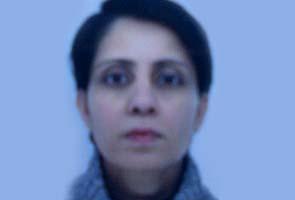 “How will Royal Couple react to Pregnancy Prank?” shrieked CNN on its news site.

How have the Royal Couple reacted to the Mysterious Case of the Suicide Nurse that has erupted after the pregnancy prank which occurred because Prince William and Kate Middleton are expecting a baby.

The case reads more like a Dickens novel or even a play written by Shakespeare than a royal court trying to deal with the realities and the technologies of the 21st century.

In case you have just awaken from a deep sleep, here’s the plot:

Nurse Jacintha Saldanha, who was working the reception desk at Edward VII Hospital where Kate Middleton had been admitted for pregnancy complications, was found dead Friday morning in London after two Australian radio DJs pretending (rather convincingly) to be Queen Elizabeth and her son, Prince Charles, duped Saldanha–a wife and mother of two children--into answering some vague and very general questions about the duchess’s condition.

The big secrets revealed?  That Kate had slept well and there wasn't any "retching."

In the wake and possibly the fury that might have followed this "invasion of privacy," by two radio pranksters, Saldanha has now been found dead.

Scotland Yard is investigating and treating Saldanha’s death as “unexplained.” Saldanha did not die at her home.  She is said to have died in an apartment or dormitory complex not far from her workplace.  Some news outlets are reporting that Saldanha was an apparent suicide, but who knows?

Right now, all we know for sure is that Saldanha is dead.

There is one other piece of this puzzle that we do know—while not specifically claiming that the suicide was part of foul-play by members or agents of the royal tribe,  at least one international media institution has asked some interesting questions:

In the above mentioned CNN  piece, wrote, “St James' Palace hasn't made a comment on behalf of the duchess. They currently see it as a hospital matter but I wonder if that may change once William and Catherine have had time to discuss it.

When the French edition of Closer magazine published pictures of Catherine topless during the summer, the palace came down on them with the full force of the law and managed to get an injunction to stop them from republishing the images.

It wasn't just about righting a wrong, it was also about sending a message to all media to respect the couple's right to a private life.

At the time, a palace spokesman said: "The incident is reminiscent of the worst excesses of the press and paparazzi during the life of Diana, Princess of Wales, and all the more upsetting to The Duke and Duchess for being so."

William wants to make sure his wife doesn't suffer the same kind of media intrusion that his mother did -- and he may see this latest hospital prank as crossing the line as well.”

Since then, the New York Times reports that King Edward VII’s Hospital said it had not disciplined her, but rather had been “supporting her during this difficult time nor “apparently, had the royal family raised a fuss with the hospital, an exclusive private institution that has long been the hospital of choice for Britain’s royals. “

While I am uncertain that CNN is making any accusations against any royal member, it is overtly alluding to the connections between prior reactionary moves by the Palace and  perceived  “invasions of privacies” felt by the Buckinghams.

The lesson to be learned by these latest humorous yet tragic set of events is—if you walk heavily, others will see footprints all over.

Which is exactly what some including the CNN author appears to be seeing—foot prints that point to a pattern.

When publications such as Closer in the “matter of the naked Duchess” are treated like criminals and the strong arm of aristocratic government makes profound threats of retribution and then carries them out beyond reason of sanity, it is fair to wonder what other type of heavy walking might occur next.

When Prince Harry got heavy with some woman in Las Vegas international embarrassment, shortly later, the fall girl Carrie found herself in a strange jail.

As far stretched as it may sound, the truth is, it is simply human nature to look for the same footprints.

So, even if the Royal family or part of it had nothing to do with the horror, maybe there will be a lesson learned by them.  When they feel their lives are intruded upon, how about lightening up rather than sending in the legal hounds or whatever they send in? How about just being “princely” and gracious and all the fine, generous qualities we have come to expect from “royalty?”

If they did, perhaps respected publications like CNN would not assert that Prince William wants to make sure his wife doesn't suffer the same kind of media intrusion that his mother did -- and he may see this latest hospital prank “as crossing the line as well.”

Perhaps CNN would not claim that Prince William and the “Palace” might “choose to send another warning message to the media” because of the nurse who “revealed private medical information to a radio station which then chose to broadcast it.”

What kind of “warning” did CNN have in mind?

Would that be a "warning," a threat, or some actual kind of harm?

Because yesterday, the young nurse who tended to Kate Middleton was just found dead.

It isn’t clear how she died, and the implication that she killed herself is strong.  But why?  Did someone threaten her, or punish her so horribly that she felt she needed to kill herself?

Bloggers are already blaming the Australian DJs, who have now “taken a leave of absence.”  Or did they go into hiding?

We don’t yet have all the facts, and we might never know all the truth.  In the olden days, royal babies were born privately in Palaces just to avoid these kinds of episodes.  It is one thing for “modern” royals to avail themselves of our “modern” conveniences, like hospitals.  But if modern royals choose to live among the people they purport to rule, is it still reasonable for them to expect to be coddled and protected and have, frankly, more rights than the average citizen?

Part of being an authentic, adult citizen in an increasingly complex, technology-driven society is that you learn to go with the flow just a bit.  It is maturity to understand that people are going to be jokey and invasive and, once in a while, violate some of your space and some of your rights.  It simply is not realistic to react and challenge every single one of these invasions.

You could never get anything done.  And you would not develop your heart.

The DJs in Australia “sincerely apologized” and wished Prince William and Kate all the best.  We do, too.  But we also grieve, sincerely, for the sweet young nurse who fell victim to a prank that involved two royal celebrities who are becoming more known for their prickly demeanors  thin skins, and constant assertions of their “rights to privacy,” than for any apparent overt acts of compassion or generosity that do not involve numerous wardrobe changes and hair styles.

We are glad that whatever was ailing Kate Middleton seems to have passed.  They don't have a royal baby yet, but if they do, they will be undertaking an experience that is quite common to many other couples.  People laugh, people cry, and people do joke.  This is all very normal.  It is time for the “young” royals to get normal, and start growing up.  If Prince William and the Palace have indeed set up "a line,"  as claimed by CNN, then they need to move it around a bit.  We don't want to have any claims of lines pointing to dead nurses on our watch

And, at the minimum, we suppose the royals don’t want any more heavy footprints, either.

by Sarah Whalen and assisted by Bayoubuzz publisher Stephen Sabludowsky

More in this category: « The Education reform deflates, the Bobby Jindal dictates After Giants butt-kicking, New Orleans Saints are toast, playing for pride »
back to top