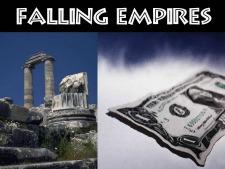 The Louisiana Congressional Delegation was mixed in its vote on the U.S. Debt ceiling on Monday. The vote was four votes in favor and three votes against the legislation passed by the House.

Monday’s roll call to raise the debt ceiling and to prevent an immediate government default was 269-161.

The U.S. Senate will take up the legislation on Tuesday and if it should pass, the bill will rapidly pass to President Obama for his signature.

Here’s how they voted:

Question: Are you happy with the way your Congressman voted?

YOU CAN COMMENT ON THIS QUESTION  BY USING OUR BAYOUBUZZ FACEBOOKFEATURES.  JUST LOG IN WITH THE BLUE FACEBOOK LOGIN ABOVE AND TO YOUR LEFT. WATCH THE MOVIE FOR MORE INFORMATION