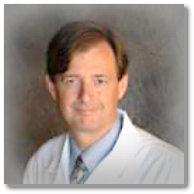 With the presidential election over, the nation's leaders can finally get serious about cutting the massive federal budget deficit.

The bad news is they might resurrect a particularly dangerous cost-cutting idea that emerged the last time Congress tried to assemble a grand bargain on deficits -- one that, if enacted, could severely harm the quality of care for Louisiana's 718,000 Medicare patients.[1]

It's an idea that several Louisiana representatives, including Dr. Charles Boustany -- a heart surgeon who has served patients in our community for more than 20 years -- are thankfully fighting against.

Last year the deficit reduction "supercommittee" considered cutting the amount the government pays for medications that are administered in a doctor’s office by medical professionals, usually by injection or by infusion into the patient’s bloodstream.

Chemotherapy drugs to fight cancer are the most common type, but medications administered in this way through the Medicare's Part B program also treat seniors suffering from rheumatoid arthritis, multiple sclerosis, and other life-threatening diseases.

These medication regimens are particularly important for seniors in Louisiana, which has the unfortunate distinction of having one of the highest cancer rates in the nation for almost every type of cancer,[2] and has higher rates of other chronic ailments. [3]

As a result of reforms passed in 2003, Medicare now pays doctors the “average sales price” for these drugs, plus six percent that helps cover the overhead costs involved in providing them. The goal of the 2003 reform was to better control drug costs and protect access to quality health care for seniors.

The so-called ASP+6 percent program in Part B has worked reasonably well: the cost of Part B drugs has been virtually flat since the reimbursement system was implemented in 2005.[4] That alone is a fairly remarkable achievement.[5] Meanwhile, doctors report that they have increased efficiencies in the face of the current payment system. [6]

The Medicare Payment Advisory Committee, which Congress set up to monitor provider payment issues, has issued a warning, however. It reports that while physicians indicated they can buy most drugs at the Medicare payment level, margins are"slim" and that "there are some drugs they cannot purchase at the payment rate.".[7]

Low Medicare payment rates under ASP+6% may also have contributed to closures of physician practices.  According to the Community Oncology Alliance, 240 community-based cancer treatment centers nationwide have closed over the past five years and more than 400 others face financial troubles.

Even though former Congressional Budget Office director Douglas Holtz-Eakin said the current payment arrangement “strikes the right balance between providing access to medicines for cancer and other illnesses while constraining costs in an efficient market-driven manner,”[8] clearly, the program has squeezed just about as much savings from the system as possible.

If doctors stop administering cancer drugs in their offices because they can't afford to, seniors may end up in hospital outpatient centers where the total cost of care for chemotherapy patients is 14 percent more, according to a study by Milliman Company.[9]

Bipartisan opposition to these cuts is growing. Last year, 60 lawmakers from both sides of the aisle warned against the payment cuts, saying they could “worsen an already troubling access problem, as community oncology practices are already struggling even as demand for cancer care is now starting to exceed the supply of oncologists.”[10]

Dr. Boustany, who has long championed the needs of seniors, is a stalwart opponent of these misguided cuts. In fact, in an open letter published this September, he won plaudits from more than a dozen health groups for his efforts.[11]

There's no question that Congress must get federal deficits under control. But it makes no sense to try to squeeze pennies out of a program that is already doing its share.

Op-Ed by Dr. Henry J. Goolsby III who is President, CEO of the Oncology and Hematology Institute of Lake Charles.