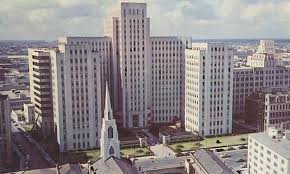 In the relative scheme of things, perhaps early December, 2012 will be viewed in Louisiana political history as the health care policy equivalent of the peaceful breaching of the Berlin Wall. The ending of the era of a state-operated charity hospital system has begun peaceably, and both clients and taxpayers are better off for it.

Yesterday, the Louisiana State University System that runs the state’s 10 charity hospitals announced agreements to begin the transformation of at least three of the facilities to have their operations leased to nongovernment entities. Other deals appear to be in the works. These initial agreements come in front of the LSU Board of Supervisors for ratification later in the week.

The state will receive a payment upfront, then periodically over terms to last several years, limiting its involvement to ownership of the property and overseeing executing of the contracts. Even though it will reimburse the operators at a higher rate than for others for Medicaid – the state sets rates subject to federal oversight as a large portion of the money used comes from the federal government – apparently given the lease payments, the federal matching funds that may be drawn from them, and eliminating most of the expenses associated with running a hospital, this still will result in substantial savings to the state.

Enough savings, in fact, so that the planned sharp cutbacks in many of the facilities now will not occur, as it now with hindsight appears to have been signaled last week with the delaying of layoff plans. In some ways, this is preferable because of the greater flexibility afforded to meet market conditions. As already pointed out in this space, the previous planned reductions, which would have dropped public bed availability in New Orleans by a quarter and for several other places by about three-quarters, would not cause supply problems because the nongovernment sector would respond to meet market conditions.

And now it has, by agreeing to take over these spaces, where within them these nongovernment operators can decide just how much supply to make available given market conditions, instead of having to reconfigure their own existing resources to meet that demand. But, other than the location of the provision of services becoming different under this arrangement, most of the rest of the plan’s implications from its prior incarnation remain.

First, the layoff plans required to go to the State Civil Service Commission will be somewhat different, especially in that almost all facility employees will be discharged. Yet for the existing employees, their situation probably is better because the workplace largely remains the same and they would not have to require integration into a different work environment. “Better” here means most will more or less keep the same job they had, and in many instances at pay levels as good or better than they were getting from the state if they are medical personnel.

However, that doesn’t mean all will keep their jobs. Given the inherent inefficiency in government-run activities, some redundancies will have been identified and will be eliminated over time – much easier now without state civil service regulations that are well-meaning to prevent politicization, corruption, and cronyism but that come with the cost of making it difficult to downsize or to terminate low-performing employees. And for the less-skilled jobs, where government typically most dramatically overcompensates relative to the nongovernment sector, these employees in the transition may find their old jobs offer lower pay. However, no one is forcing them to work for the new operators; if they feel undervalued, they are free to solicit other employers that may pay them commensurate to what they think their abilities are.

Second, the state will save a lot of money, but in a different way. Instead of cutting costs by not providing services directly, it cuts costs by contracting. The key making this work out this way was in the market needing the services provided and the state’s ability to act as broker. The response indicates the market was there and the state was willing – with that latter aspect demonstrating the wisdom of the pushing out of the previous administrative elites wedded to the model of government direct care provision, a move that faced criticism at the time, who probably would have delayed, if not made impossible, such a transformation.

Indeed, the cost reductions seem so far above the revenues forgone by not making direct provision, plus the lease payments, that talk about other cost-cutting measures seems to have evaporated. This doesn’t mean that the same kinds of services provided will occur; for example, one program at Bogalusa will be shelved completely; nor as much of the existing amounts of services currently being provided may be provided; it all depends on market conditions. But that’s the point of the transformation: put provision in the hands those best able to respond to actual market conditions, which is not government building infrastructure funded in a way that doesn’t bear much relation to the demand for it. That’s why the savings will occur with no reduction in quality.

Third, the legal hurdles seem lower by the new arrangement. It should quiet concerns about medical education. It also cuts off at the pass efforts, led by state Rep. Stephen Ortego, of some legislators in petitioning Atty. Gen. Buddy Caldwell to opine that the previous plan ran counter to R.S. 15:1719.3 that says closure or reductions of operations at charity hospitals could not exceed 35 percent, in that the plan in reality went above that level. While it appears unlikely Caldwell would have indulged them, they could have tried to accomplish the same from judicial intervention, potentially gumming up the transformation even in the likely circumstance that they failed.

But that maneuver has been completely undercut and mooted by this new tack. Perhaps the most remarkable thing about the evolution of the state’s strategy, where it’s reasonable to assume that from the time the cutback plan was announced all along officials were hoping to make deals along the lines of the pathfinder agreement of a couple of years ago regarding Earl K. Long Medical Center in Baton Rouge (where the only difference is instead of transferring operations elsewhere to invite operators into a facility), is how it has silenced completely the allies of government-knows-best in health care provision. How can they criticize at any more than the margins deals that continue service provision with savings to the state?

And this is why we can consider this to be the Berlin Wall moment in the transformation of health care in Louisiana away from the institution- and government-centered model to one built more for the 21st Century like all other states: the opposition by and large, exhausted by its defense of something it knew no longer could be defended, surrendered without resistance. Sure, the true believers around the periphery of governing, plugged into the old system as they are and/or ideologues to the end, will squawk, and some politicians may complain, but only by going through the motions to satisfy a self-image and/or to please presumed constituencies. Regardless, neither special interest will have any impact on the inevitability of the transformation.

Perhaps the only critical piece of the puzzle remaining, and therefore maybe the last redoubt of opponents, may come over the new Big Charity in New Orleans to debut in a couple of years. Its leasing will render its current governing structure, a menagerie of state and local government and local university providers, pointless, and these interests will wish to maintain what exists. Yet it also might solve partially another nagging problem faced by the state – the reality that the new structure at 424 beds likely was too big for the state to operate not just tolerating the need for taxpayer subsidies as in the past, but increasing them. While leasing to nongovernment entities doesn’t reduce the construction costs relative to a smaller facility, it promises to reduce the operating subsidy.

For now, few Louisianans will grasp just how revolutionary is this moment. In a few years, perhaps all state-provided hospital-based health care will occur this way. Then a few years after that, when history will have shown the bankruptcy of the argument that the sky will fall without government direct provision of this kind of health care, many of the facilities themselves will be sold (probably keeping the New Orleans and Shreveport versions for medical education purposes). And both those being served by these institutions and taxpayers will be the better off for it.

DO YOU HAVE ANY CONCERNS ABOUT THE MAJOR HEALTHCARE CHANGE?  IF SO, WHY?  TELL US BELOW

More in this category: « Obama, Union can’t stop Gov. Snyder, Michigan Right to Work Miracle Louisiana's Trust in LSU Board of Supervisors is Gone »
back to top