Louisiana's Trust in LSU Board of Supervisors is Gone 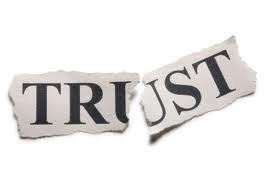 This summer the LSU Board of Supervisors (“BOS”) held a retreat.

During the retreat something very disturbing was said and quickly hushed up. It involved the discussion of how best to governor the LSU (Charity) Hospitals. One idea was to appoint an outside advisory board.

Several board members … suggested that the advisory board would be able to guide hospital operations without the need for calling public meetings. Times Picayune, August 19, 2012.

While that would be a violation of the Open Meetings Law, the BOS intent was obvious; to avoid public scrutiny. ( See my commentary.)

Privately, I was assured that the statement was a mistake and it was not the BOS’s intent. Now, we are gradually learning of a plan that will accomplish exactly what was suggested.

According to media reports, the BOS plans to lease the operation of the new, still under construction, LSU teaching hospital to a private non-profit group which would not subject to the Public Meetings Law. Story here.

The plan to lease the hospital may very well be the best financial option for the new hospital. For years State Treasury John Kennedy told us that the business plan for the hospital would not work. Hundreds of millions of state dollars (which don’t exist) would be needed annually to operate the hospital.

However, it begs the question of why $1.2 Billion of our tax dollars were spent to build a hospital was a financial disaster?

The BOS flunks its fiduciary responsibility to the public. The trust is gone.

by C. B. Forgotston, read the original column with links on Forgotston.com