According to Louisiana Treasurer, John Kennedy the state was caught  a little “flat-footed” and  “without a plan” when Congress reduced the amount Louisiana would receive from the federal government for Medicaid.

Kennedy made those remarks in the first of a three-part interview series with Bayoubuzz publisher Stephen Sabludowsky, on Tuesday.

The Medicaid obligation is due to a drop in federal Medicaid financing for Louisiana due to a cut by Congress.

These comments arose within a general conversation about the estimated $1B budget shortfall for the upcoming fiscal year beginning July 1, 2013.   Part I focused upon the budget, the hefty Medicaid cuts and the Governor’s plan to manage the state’s charity health care services.

Kennedy referred to the Medicaid gap as the shortfall’s “real ticket item.

Kennedy discussed the recent announcement by the Jindal administration to privatize the management of Charity Hospital services in certain areas of South Louisiana.   At that time, Ocshner offered the state a private-public partnership which the administration refused.

This week, the state announced an agreement with Ochsner and Touro Infirmary to manage the healthcare services for the Charity system.

Kennedy said it is difficult to judge the new healthcare plan since he and others (outside of the administration) do not know the details which was instituted without a no-bid process.

No public not bid out, don’t know details, don’t know the business plan for lsu start over, the lease payments, the length of contract, how much the state need s to put uplllthose feedbeek, don’t have the details 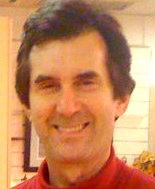 SEE VIDEO BELOW AT VERY BOTTOM OF PAGE or CLICK HERE

Do you agree or disagree with Treas. Kennedy on these issues?  Tell us below: