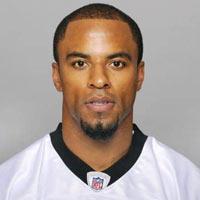 Cornerback Tracy Porter returned to practice on Sunday and he said he is more than ready to resume working out after undergoing offseason knee surgery.

"The training staff, the coaching staff saw the way I was progressing and they liked the results they were getting," said Porter after Sunday's workout. "I was feeling pretty good. They wanted me to come out and give it a shot and I w
as ready, and that's what I did.

Does Porter consider himself ahead of schedule?

"That was the initial report," said the cornerback from Port Allen, La., " "but they were seeing that things were coming along. It wasn't too much pain, there wasn't any swelling, they wanted to give it a shot, running out here, get the juices flowing to get back at it and I was more than ready.

"Being sidelined for two and half weeks, not doing anything, running around with the guys, just doing drills on the sidelines; that's one thing, but getting back out there, reacting to the receivers running routes. You're going to have that little doubt in your mind, but I went to the sideline and talked to one of the trainers and he was like, man, you look good, don't think about the knee, just go out and play and that's what I did."

Porter thinks he'll be ready to play on Saturday against Houston. "I just want to take it easy day to day right now," said Porter. "Today was just the first day of practice. When you go out and do some thing it's not how you feel that day, it's how it feels the next day. Things are getting better and there wasn't any hiccup in what I was doing today and I keep going, keep progressing. Who knows, they may call me to play Saturday.

Porter is ready to test his knee in contact drills. "Rehabbing on the sideline, doing drills on the sidelines is one thing, practicing is another thing, but getting out there to game speed, that's a whole other monster to tackle,'' said Porter. "

When Porter and fellow corner Jabari Greer have started in the regular season, the Saints are 16-3.

"I heards those ad-libs that Gregg was giving and that's what he's known for.," said Porter. "That's what a coach does. You have guys who are competing for the same position that you're playing at, but at the end of the day it's all fun and games. Gregg is going to put the guys out there that are going to play and that produces. Him saying that is just the way Gregg is."

Safety Darren Sharper, 35, went through a similar surgery last season, but his recovery was much slower.

"Well, with any injury, it's all about that person and how they heal." said Porter. "The procedure that Darren had, he progressed at the rate that his body could progress. The procedure that I had, it's all different. The body reacts to things differently, regardless of what procedure you had."

Porter is wearing a Mohawk haircut. "It has nothing to do with the preseason," said Porter. "Everything is predicated toward the regular season and the post season. The Mohawk is just a canvas of what's to come."

Rumors are that Porter is going to have a new Superdome or old Superdome cut into the side of his Mohawk. Right now, I'm brainstorming,' he said. "I have 20 weeks in regular season and the postseason to have something each week, so I figure I can take a four -week break in the preseason."

Safety Darren Sharper will work out for the Patriots this week. Safety Renald Hill also will work out...Although Texas A&M-to-SEC rumors have consumed much of college football world's Twitter feeds over the past week, these talks have already cooled...The NFL's decision to move the kickoffs from the 35 is going to have a major effect on kickoff returns this season or, rather, lack of them. I believe the league will go back to the 30 next season...The NFL season is almost upon us and there's already a list of the Top Five Football Players with Klout (aka known as the most influential football players online). Topping the list is Chad Ochocinco, who is famous for engaging his fans directly through social media. The Top Five: 2) Reggie Bush, Dolphins 3) Mick Vick, Eagles 4) Tim Tebow, Broncos 5) Braylon Edwards, 49ers...Parting thought: "I'm positive I lost an electron."

Pro Football Talk reports that the four-game suspension for defensive tackle Kevin Williams may not be as sure of a thing as the completion of the failed legal challenge to the suspension would suggest. For his part, Williams seems ready to accept the punishment. "It'd be a huge surprised I we got 'buddied' out of the CBA, but that's what I'm hope," Williams told Peter King of SI.com. That's the only way that Kevin Williams,Saints defensive end Will Smith and free agent defensive tackle Pat Williams will avoid the suspensions. And until the NFL lets the men know where they stand, it remains at least possible that the new CBA resulted in the slate being wiped clear...