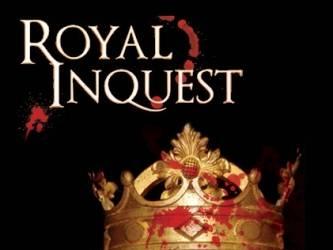 We know that Jacintha Saldhana did not die at home.

She died in a building across the street from King Edward VII Hospital, her workplace.

After this information, it all gets murky.

News accounts say that Jacintha was driven to kill herself when she realized that she had forwarded through a prank phone call from two Australian radio DJs who were pretending to be Queen Elizabeth and Prince Charles, and a pack of corgi dogs.

News accounts say that Jacintha hanged herself with a scarf in a closet, and left behind one, two or three suicide notes.

Her family–two lovely teenaged children, one husband, and relatives in India–and friends are shattered.  The DJs are being called killers.  The Royal Family is staying quiet, with Kate Middleton “resting” and Prince William attending galas and film premiers in evening wear, acting as though he has not a care or concern in the world.

In Britain, inquests are held to determine the facts whenever someone dies unexpectedly, violently or in disputed circumstances.  Yesterday, an inquest was opened into Jacintha’s death, and then abruptly adjourned itself until March 26, 2013, when toxicology and other reports will be completed.  Scotland Yard is taking off for Australia to “interview witnesses.”

Maybe the dingo did it.

Or it might be that Jacintha, for whatever reason, genuinely overreacted to being “pranked” into thinking that the Queen of England really was calling her “granddaughter-in-law” to check on her “tummy bug,” and wheedle Prince Charles into driving her to the hospital for a visit, and then tragically killed herself.  Perhaps they caught her in a moment of deep despondency and despair over something else, and this was the straw that pushed her over the edge.  Or maybe the hospital’s administrators savaged her for her carelessness and gullibility in that special way that some employers just have a knack for.

A few things need looking into, though.

For one thing, an Inquest might want to determine whether Jacintha was a Muslim.  There is a firm injunction in both the Qur’an and Islamic traditions against Muslims killing themselves.  Many imams even criticize suicide bombers as being inherently “unIslamic” by taking their own lives, in addition to the enormous sin of murdering others.

I know, I know.  It looks like a crazy conspiracy theory.  But there are so many odd things that happen around the British Royals these days that require the Inquest to look beyond the obvious, and at least completely rule out foul play.

The delay that apparently took place after Jacintha’s unwitting role in forwarding the prank call on the Kate Middleton’s nurse’s station needs to be explained.  British newspapers claimed today that Jacintha’s husband, Ben Barboza, reportedly only learned of her death after he became “extremely worried” about her failure to come home or contact any relatives, and then telephoned the hospital where he was told of her death.  Reports say that a neighbor, Ivan D’Souza, 47, who lives next door to her family in Mangalore, India, said: “Ben was extremely worried. He’d not heard from her [Jacintha] all week and then she didn’t turn up on Friday at the right time.

“She was two hours late when Ben decided to ring the hospital and ask if they knew where she was. It was at this point he found out she had died and it looked like it was suicide.

Jacintha’s family and relatives “are concerned that there may have been a delay in the hospital telling the family about her death.”

What would that delay mean?

Usually, it means that people are trying to figure out what happened, get their stories straight, or both.

London uses closed circuit television cameras (CCTV) on almost every street.  Presumably, there may be some cameras also in the building where Jacintha was found dead.  What might these show?

In Dubai a few years ago, CCTV told quite a different story than the one first published about how Mahmoud Al-Mabhouh, 48, a founder of Hamas’ military wing and was also said to be a liaison for smuggling weapons from Iran to Gaza, met his death.  Initially, on January 20, 2010, he was found dead in his Dubai hotel room, which had been locked from inside.  When a maid came to clean the room but could not enter because the latch and chain were still in place from the inside, she called a member of hotel security to open the door.  There, they discovered al-Mabhouh's body, lying in bed under the bedsheets, wearing only a pair of black shorts.  Sitting atop a drawer next to the bed was a small bottle of medicine, which at first led the Dubai authorities to believe that he’d died in his sleep from natural causes.  The official report was that he had died from sudden high blood pressure to the brain.

But because Al-Mabhouh had survived at least three other assassination attempts, according to statements his family made to CNN, they were suspicious.

Unlike the London Coroners which is proposing to take three months before even resuming the inquest, the Dubai police moved immediately to study Al-Mabhouh’s death (which did not appear to be outwardly suspicious) and within a matter of days, they uncovered the truth.

There were no dingos, no high blood pressure to the brain, and no passing away in his sleep.

There was only murder.

After looking more carefully and studying the CCTV footage outside Al-Mabhouh’s hotel room door, Dubai's police performed forensic tests, and concluded that, shortly after he’d checked in the night before, Israeli Mossad assassins gained entry to his room and injected him in his leg with succinylcholine, a quick-acting, depolarizing paralytic muscle relaxant.  This drug causes almost-instant loss of motor skills, but does not induce loss of consciousness, nor is it an anaesthetic.  Once Al Mabhouh became unable to defend himself or cry out, the assassins suffocated him.  Dubai police concluded, “The assassins used this method so that it would seem that his death was natural.”

Because they only had a small window of opportunity, the Mossad sent over a large team of at least eleven assassins.  The police managed to follow their various airport arrivals, through quick meetings at shopping centers and other hotels, their own surveillance of Al-Mabhouh’s hotel floor and elevator, and then their quick departure after they carried out their murder.  A bandage on the arm of one of the hotel room assassins that appeared when he departed but was not there prior indicated that Al-Mabhouh had confronted his killers and fought for his life, at least initially.

Maybe all there is to Jacintha Saldanha’s unfortunate death is what we see–a despondent woman who responded to being “pranked” by taking her own life.

But doesn’t that seem an excessive response?

The longer the London Police delay investigating, the greater the chances are that CCTV footage will disappear or be subject to alteration, that toxicology tests can be altered, and that valuable information can simply be lost.

We know the dingo didn’t do it.  But right now, we know little else.