Imagine putting a halt to the transportation of twen 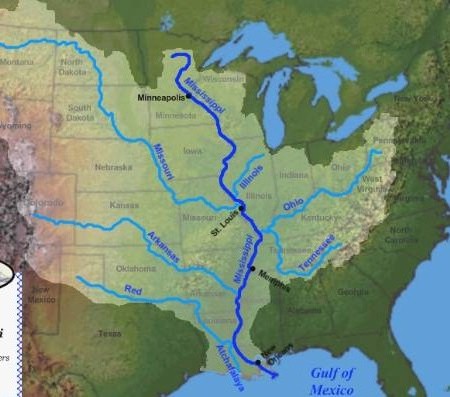 These are the very realistic conditions desribed by Mike Strain, D.V.M., Louisiana Department of Agriculture and Forestry (LDAF).  The Commissioner of Agriculture, Strain asserts that festering condition up the Mississippi River is causing a “financial crises”, a “tremendous economic issue” to the entire nation and that immediate action is needed to change course.

Commissioner Strain, told Bayoubuzz.com in an Internet interview Friday that it is most urgent the Corps not reduce water flow from a reservoir into the Missouri River which empties into the Mississippi River near St. Louis, Mo. This action is normally taken by the Army Corps of Engineers to prepare for ice buildup and flooding during the winter months.

Strain said that the decision by the Corps will cause significant disruption in commerce up and down the river causing an emergent conditions resulting in severe damage to businesses throughout the United States in the agricultural, mining, port, trade and shipping industries. Commissioner Strain said the disruption will cause a rise in prices and inflation with roughly seven billion dollars just in Louisiana alone.

The Commissioner said that this is a matter for all of the country to take action, to contact congress and convince the President that the Corps’ steps will be ruinous.
According to other news reports, If water levels fall too low, the nation's main inland waterway could become impassable to barges just as the harvest heads to market.

Strain said “In December and January alone, $7 billion in product is expected to travel up and down this waterway. The ports in south Louisiana are dependent upon this cargo”. Strain added.

“It is critical that the President take immediate action to ensure grain and other products can be moved to maintain this economic lifeline. There is a growing demand for our products, and if farmers are unable to ship their commodities, it will ultimately lead to higher prices for the consumer. That’s the last thing families need right now,” added Strain.

WATCH COMMISSIONER STRAIN INTERVIEW BY CLICKING HERE OR THE VIDEO BELOW