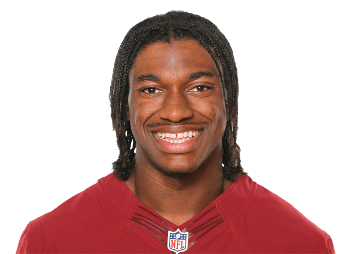 There is no more exciting player in the NFL than rookie quarterback Robert Griffin III (RGIII). He has brought a new level of excitement to the Washington Redskins that hasn’t been seen in years. The team is competitive and in the hunt for the playoffs because of RGIII and his unique combination of abilities. He is a multiple threat as quarterback and can score via the run or pass. He puts tremendous stress on opposing defenses, who must account for his unique set of skills.

Off the field, RGIII is humble and a person of great character. He is a faithful Christian who fears offending God. He is law abiding, has a great work ethic and is the type of professional athlete who should serve as a role model for children of all races.

His race should not matter, only his actions as a player and a member of the community. Pundits should offer nothing but praise for Griffin. Unfortunately, some analysts are upset because Griffin is not “black enough.” On the First Take program yesterday, ESPN analyst Rob Parker questioned whether Griffin, an African American, was a “brother” or “a cornball brother?”

It seems that Parker, an African American, was upset at Griffin’s comments at a recent news conference. According to USA Today, Griffin said, “For me, you don’t ever want to be defined by the color of your skin. You want to be defined by your work ethic, the person that you are your character, your personality. That’s what I’ve tried to go out and do.” He continued, “I am an African-American in America. That will never change. But I don’t have to be defined by that.’’

It is more than refreshing that Griffin wants to uphold the standard expressed by Reverend Martin Luther King, Jr. who asked that people be judged by the content of their character and not the color of their skin. Unfortunately, Parker was aghast that Griffin was “not really down with the cause.” Parker did not specify which cause he wants Griffin to support, but presumably it is the “black cause.”

In his amazingly racist comments Parker was upset that Griffin “has a white fiancé” and that he might be, Heaven forbid, a “Republican.” Parker informed the viewers that he would be sure to “dig deeper as to why he has an issue.” According to Parker, it is an issue that Griffin refuses to be defined by race, has a white fiancé and might be a Republican. There must be some sort of unwritten black athlete rule book that Griffin is violating. He is not allowed to date white women or hold views not in line with the Democratic Party. In this ridiculous rule book, black athletes must be Obama loving liberals who shun white people and are defined by their race.

Parker is not alone in this type of racist commentary. He is joined by many other liberal reporters who regularly give black politicians or celebrities similar treatment if they happen to espouse conservative views or maintain beliefs not consistent with liberal ideology.

It is sad that this type of pathetic “analysis” was presented by ESPN to their viewers. In our society today, any bigotry, even from one African American reporter toward an African American football player should be condemned.

Griffin is a major success, as a player and in his personal life. With the recent examples of tragedy involving NFL stars, Griffin’s exemplary behavior should be highlighted in a positive way and certainly not condemned.  The only thing worthy of condemnation is the sad commentary on display on ESPN.