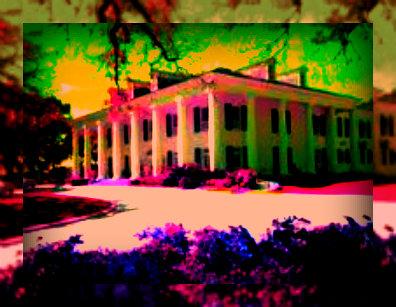 Louisiana Democratic Party slammed Louisiana Governor Bobby Jindal for mid-year cuts he made today because revenues did not meet expectations.

In an email blast entitled “Bobby Jindal flunks budget arithmetic” the Democratic Party blasted Jindal for the massive cuts to programs for the poor and ended the email chiding the governor with “Merry Christmas from the Governor and his staff!”

The Democrats stated it is the fifth straight year under Jindal’s administration that the state budget had to be adjusted to meet expenses.

The Democratic Party has argued that Louisiana is giving away revenues in the form of close to seven billion dollars in tax exemptions.

Below is the email.  Also below is a press statement from the Louisiana Department of  Health and Hospitals citing which programs would be cut.

In a speech in Washington this week, where he all but declared teachers unions enemies of the state, Governor Bobby Jindal told the 2003 story of a New Orleans Public School System valedictorian who could not graduate because she had failed the 10th grade exit exam five times.

Clearly that young woman's plight was intended to serve as mere political fodder for the Governor, but it started to cut back the other way when, on Thursday, the Revenue Estimating Conference revealed that -- for the fifth time in five years -- Jindal's budget for the fiscal year would need to be cut because revenues did not meet projections upon which the budget was based.

Bobby Jindal has failed the only arithmetic test that constitutionally matters in Louisiana -- enacting a balanced budget.

As is always the case, Jindal ruled tax revenue 'off the table' and ordered cuts. Also, as usual, the poor are bearing the brunt of Jindal's budget failures.

At a meeting of the Joint Committee on the Budget Friday morning, Jindal had Commissioner of Administration Kristy Nichols tell legislators where the cuts will hit:

Times cannot truly be called tough if a budget error of about $130 million sends a $25 billion budget into shortfall, but the state continues to give away $6.9 Billion in tax exemptions every year.

Merry Christmas from the Governor and his staff!

BATON ROUGE-Today, Louisiana Department of Health and Hospitals Secretary Bruce D. Greenstein announced mid-year reductions at the agency that will save $51.8 million in State General Fund for Fiscal Year 2012-2013. These reductions have a total impact of $82.6 million for this Fiscal Year, when federal funds that would be used to match affected programs and services are considered. DHH's reductions are part of the State's overall mid-year reduction plan that addresses the budget shortfall in the current fiscal year.

"We are continually seeking ways to operate smaller and smarter to make the best possible use of the taxpayer dollars," said DHH Secretary Bruce D. Greenstein. "Just like families across the State, we have to make challenging choices and do as much as we can with the resources available. We have targeted these reductions to ensure we deliver the highest possible value while preserving those programs and services that reflect our core mission of protecting and promoting the health of Louisiana residents."

As much as possible, DHH is making reductions to programs in ways that optimize newly implemented coordinated care programs for Medicaid and behavioral health services to eliminate duplicative efforts. Many of the mid-year reductions also make more efficient use of contracts, rates and staffing availability within the department. To curb operational costs, DHH is restricting employees' travel to only critical needs and enacting more effective resource sharing and supply management.

Reductions from each of DHH's program offices that comprise the department's response to cover the State's mid-year reductions are listed below, with State General Fund (SGF) savings highlighted, along with the number of positions affected within the department.

Office of Aging and Adult Services ($616,650 SGF; 0 TO, 3 NON-TO). This program office will realize savings by implementing a work-at-home program for staff in regional offices, which will reduce rental and building operations costs. Other savings in OAAS will occur through rebasing reimbursement rates for the Program of All-Inclusive Care for the Elderly (PACE) to better align them with current program costs.

Office of Behavioral Health ($860,151 SGF; $3,304,445 IAT; 1 TO, 91 NON-TO).  OBH will realize savings through elimination of the Early Childhood Supports and Services (ECSS) program, which provides community-based specialized behavioral health services to children at-risk for mental health conditions. This elimination will result in one TO and 76 non-TO position reductions. The recipients currently served who have more intensive needs will be able to seek access and referral of services through the Louisiana Behavioral Health Partnership (LBHP).  The State implemented the LBHP in March to coordinate behavioral health care services across the state. OBH will also eliminate 15 non-TO positions, which  provide specialty outpatient screening, assessment and treatment services to TANF eligible  low-income women and women with dependent children. OBH will also reduce bed capacity for addiction residential services for this population by 12 beds. OBH will also make an overall 10 percent contract reduction for health care providers who deliver community-based services to indigent mentally ill and addictive disorders clients.

Office for Citizens with Developmental Disabilities ($170,280 SGF; 0 TO). OCDD will realign the Flexible Family Fund to better match resources with need. This program assists families with children who have disabilities by providing a monthly stipend. Currently, the funds are distributed on a first-come, first-served basis. OCDD is implementing financial eligibility criteria for this program to distribute stipends in a more targeted way. Under the new criteria, children whose family income exceeds 650 percent of the Federal Poverty Level (which is an annual income of almost $150,000 for a family of four) and who also receive home and community-based Medicaid waiver services will no longer be eligible for the program.

Office of Public Health ($2.1 million SGF; 21 TO). Fifteen of the TO positions OPH is eliminating are vacant direct-care service positions in parish health units.  Funding for one engineering staff position will be reallocated from State General Fund to federal funds in the Drinking Water Revolving Loan Program. Vital Records will eliminate two vacant positions, seven temporary positions, and two additional positions upon employees' retirement. One position in the Bureau of Primary Care and Rural Health will also be eliminated. OPH will also achieve savings through foregoing establishment of any new School-Based Health Centers as planned (this does not affect any patient care or services currently provided through School-Based Health Centers already in place); reducing contracts for wraparound services in the Genetics program; and not conducting four Bureau of Primary Care and Rural Health workshops for medical professionals' training that had been planned for SFY13. The Bureau will hold similar workshops in spring and fall 2013 using federal funding.

Bureau of Health Services Financing/Medical Vendor Administration (Medicaid) ($1.2 million SGF; 0 TO) The bulk of savings in the Medicaid Medical Vendor Administration program will be achieved through reducing contracts. These contracts include the Enrollment Broker (MAXIMUS) and contracts for administration of Low Income Needy Care Collaboration and Physician Upper Payment Limit. Medicaid will also eliminate its Radiation Utilization Management services and KidMed payments processing through Molina, as the full implementation of Bayou Health makes these services unnecessary. The health plans are now responsible for performing these functions.

Bureau of Health Services Financing/Medical Vendor Program (Medicaid) ($45.8 million SGF; 0 TO) Medicaid will reduce Disproportionate Share Hospital (DSH) funding paid to LSU Health -- Shreveport by $10 million. LSU hospitals will continue receiving DSH payments, but will do so at a reduced level. This reduction is in addition to previous DSH reductions to the LSU system for FY 2013. Even after this reduction, LSU hospital rates are still higher than the DSH rates paid to private hospitals. In addition, there will be a $2.3 million reduction in High Medicaid DSH Pool funding, which provides enhanced DSH rate payments to non-LSU hospitals that provide a higher portion of care to uninsured residents. Medicaid will also enact a 1 percent provider rate reduction to hospitals and physicians. This reduction of DSH and Medicaid payments will not affect Medicaid recipients' access to hospital care, as most recipients are now enrolled in Bayou Health plans that have private and community hospitals in their networks. The Medicaid MVP program will eliminate the Community Hospital Psychiatric Services funding pool (recipients may access behavioral health services through the Louisiana Behavioral Health Partnership) and will eliminate dental benefits for pregnant women and hospice care provided outside of nursing homes, which are both optional services for Medicaid recipients. The hospice reduction becomes effective Feb. 1, 2013, and does not impact anyone currently receiving these services in Medicaid. They will continue receiving hospice services. Medicaid will also eliminate rehabilitation center services for adults - occupational, physical, speech or other therapies administered outside a nursing home setting -- for recipients older than 21. Medicaid is eliminating targeted case management for the First-Time Mothers Home Visit Program, in which medical professionals make home visits to encourage healthy parenting for first-time mothers who met Medicaid eligibility guidelines. Women in this program who are enrolled in Medicaid and are in a Bayou Health plan (which includes nearly all pregnant women in Medicaid) will be eligible for case management services through their health plans. Medicaid will also eliminate case management services for recipients who have HIV/AIDS, as Medicaid recipients in the Bayou Health program can receive comparable case management services from their health plan's network. Medicaid will use pharmaceutical settlement funds recovered by the Louisiana Attorney General to replace $30.5 million in State General Fund.

In all program offices, DHH is working through the department's Human Resources section and the Louisiana Department of State Civil Service to ensure affected employees are provided, whenever possible, opportunities to fill needed vacancies in other State offices or departments.

The Louisiana Department of Health and Hospitals strives to protect and promote health statewide and to ensure access to medical, preventive and rehabilitative services for all state citizens. To learn more about DHH, visit http://www.dhh.louisiana.gov. For up-to-date health information, news and emergency updates, follow DHH's blog, Twitter account and Facebook