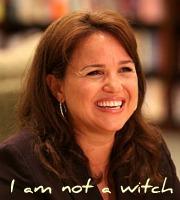 an apology to the young people of , and an earnest plea

please hurry and take things over as quickly as possible because my generation has gone to hell in a handbasket, and the sooner the better.

you are clearly far more decent than us, smarter than us, and have your heads screwed on far straighter than us.

and lord knows you couldn’t possibly do any worse, right?

the tea party loons and neocon borderline brown nosers would like this to be an apology about how older americans burdened you with trillion dollar debt and a crippled economy and no jobs. they want to blame what they call obamacare, and npr, and gay people and the outrageous idea of taxing megarich greedy old dinosaurs for the sad economy.

but you already know that it’s a decade of a war based on lies (with a price tag of $40 bil a month for over a decade) that led to this; that it was less government regulation, which neocons love, that allowed the corruption and unbridled greed in the banks and stock markets that led to your parents losing their homes and life savings.

you already know that all the teabaggers have to offer is selfishness, fear and hate, because that is what consumes them.

no, instead, i want to apologize and beg you to take over because you’ve already begun changing things for the better and i want you to do more. i’ve seen it in my travels across . you are different from us in so many good ways.

you are the first generation of truly on the verge of not being obsessed with race and all the ugly baggage that goes with it.

you are the first to openly accept minorities and alternative lifestyles with an intelligence and a heart and an understanding that escapes the fearmongers who infest my generations’ politics, especially the evangelical moralizing hypocrites.

you know that lgbt americans are americans and accept them warmly and without bigotry and ignorance. to you it’s obvious that they should be treated the same as everyone else, and that fact scares the pants off of too many of my generation. why? because my generation are out-of-control control freaks consumed with fear of what they can’t grasp and therefore can’t accept. they have an unquenchable need to feel superior to someone, to anyone. thank god you do understand. please stop us.

i want you to take over because you realize that global warming is real, that the environment matters more than frakking. you want your parents’ generation to stop poisoning you, your future, and this place you’re gonna inherit, just for their profit now. please stop us.

take over because you are insulted by the pandering stupidity spewed from our politicians mouths about evolution and science,  trying to demonize people who actually know what they’re talking about. you understand that they do this because they think my generation is too stupid to think for themselves and because they think it’ll win them elections. unfortunately, too many of my generation are apparently that gullible. they fear a future they can’t twist and control. please stop us.

please, i’m begging you: save the future for yourselves, and in the process you could save us from ourselves as well.

and remember to brush your teeth. they’ll give you real problems when you get older if you don’t look out. You won’t be able to bite into meat or corn on the cob; instead, you’ll only be able to dine on what’s left.

The opinions expressed above are those of Sidney Arroyo and do not necessarily reflect the opinions of the publishers of bayoubuzz.com or any of its writers or anyone associated with this publication.