Yesterday was the Sixth Anniversary of Hurricane Katrina.

While the eyes were on the destruction from another storm, Irene, still Katrina was on the minds of many in the Gulf Coast region and in Louisiana.

In New Orleans, there were a number of events held to remind us all about the loss, the deaths, the destruction, the upheaval and the disruptions occasioned by Mother Nature’s anger and man’s neglect.

As Publisher of Bayoubuzz, I received a number of written statements sent via email from local elected officials—republicans and democrats offering their thoughts about this very solemn day for many of us who lost our family members, our friends and some of us, our livelihoods.

In fact, I even heard from President Obama.  He is the person that many in Louisiana claim has abandoned the state with his deep water drilling moratorium hurting so many of our families.

Still, the President said (or someone wrote for him) as part of his offerings, “Six years ago today, Hurricane Katrina struck the Gulf Coast, upending families and ravaging communities – and no one will forget the tragic events of those days.  But what’s required of us is more than remembrance – what’s required of us is our continued efforts to make sure that New Orleans and the Gulf Coast fully recover, and to make sure that our response to such disasters is the best it can possibly be.”

The President was correct.  We must not forget, must ensure that others do not forget and must learn from that cataclysmic event that exploded through our homes sending so many of us into the life of mass chaos and despair.

When reviewing the emails from Obama and our local officials, I realized something was missing.

Surprisingly, it appeared to me that one of the persons who did not send a written statement to the media was our Governor Bobby Jindal.  I looked all over my inbox and scoured the Internet to see how he addressed the Katrina Anniversary.  I found nothing.

I also attempted to find verbal public comments he might have made yesterday while pitching his almost-daily economic development announcements.  Again, I found nothing about Katrina past.  However, I did read his statements about the new jobs being made available for the state, for which we should be thankful and hopeful.

I then asked Kyle Plotkin, Jindal’s Press Secretary about whether the Governor made any statements yesterday about Katrina.  Plotkin sent this email reply this morning, “You should check out the press from the opening of the Ellis Marsalis Music Center. Gov made comments there.”

So, I did.  After somewhat of a protracted search, I came across a PRS newswire release that wrote that Governor Jindal had said last Thursday while speaking at the opening, “ "The dedication of the Ellis Marsalis Center is about more than money and bricks and mortar," said Governor Bobby Jindal in his address to the crowd. "It is another sign of the rebirth of a great city - a city that will be a beacon of entertainment and inspiration for our children and generations to come. Through wars, hurricanes, and floods, one thing has remained unchanged - our people are strong and like none other."

NOLA.com, who covered the event published the following about the Governor when discussing the center’s opening, “Taking it all in from the front row Thursday was Gov. Bobby Jindal, who would later recall his own ill-fated attempts to master the violin. He sat next to Ellis Marsalis, the center’s namesake and the man Connick credits with his own success.”

The Wall Street Journal in covering the story said, “Gov. Bobby Jindal, New Orleans Mayor Mitch Landrieu and actors Wendell Pierce and Renee Zellweger were among those in the standing-room-only crowd.”

I do not understand why Governor Bobby Jindal, who I absolutely believe to be a kind, decent and very thoughtful person, did not take the podium yesterday (at his public events or perhaps elsewhere) or even send out a press statement (when so many others did) and remind us, the nation and the world that Katrina was an event that must never be forgotten.

I recall a very strident Governor Jindal daily going in front of the cameras during the BP oil spill, blaming the lack of federal response, raising questions about Obama’s disconnect to this state and to that event.

In part, because of those actions, the world witnessed Louisiana’s plight.  Our Governor made sure we remained on the map as oil killed our wildlife, endangered our already fragile marshes and fractured our economy.

When the spill was contained, our Governor later went on a book tour reminding us how disjointed he felt President Obama was during this crises, comparing Obama’s response to that of President Bush’s much-criticized Katrina efforts and calling his responses "lackadaisical" and "political posturing" .

In his book, Jindal in a sharp criticism of the President said, “Political posturing becomes more important than reality."

Jindal also said, in his book, “The human element seemed invisible to the White House.

While yesterday was not the first, the fifth or the tenth anniversary post Katrina, it was still an important moment to reflect upon our state’s recovery but also how we remain at risk in the event of another brute act of weather.

It appears that filling that wish-list would be a virtual miracle with every day that passes.  Worse, there are other items that should be on the list but will simply wait until another day.

While the nation is now focusing upon Irene, and while our disaster relief cupboards are barren with FEMA now sending some of Joplin Missouri’s tornado rebuild funds to the East Coast we are beginning to realize that our state’s “must-list” is falling lower and lower upon the funding totem pole.

Perhaps mentioning Katrina during a celebrity event last week which hardly was designed to focus upon the devastations of a storm now six years-gone-by is the right way to send the message that we suffer, we understand other’s recent losses due to nature we cannot control, that we are thankful to our neighbors for their unselfish helping hands.  After all, in great measure, because of their own sacrifices as well as our gut determination, our Governor can boast to the world that we are doing better economically than they are.

On this one issue, yesterday or even this weekend, since Governor Jindal did not go public to express our shared miseries and our dreams, it is hard not to feel that his focus and efforts were lackadaisical and even possessing a certain human element being woefully invisible. 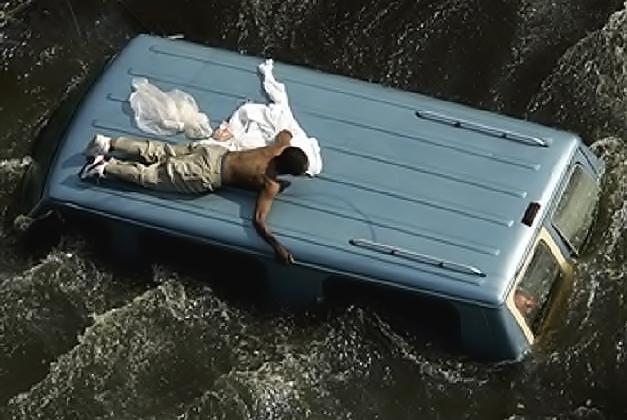