Louisiana Demos Have Fighter Vs. Jindal But Teacher Will Still Fail

In Monroe last week, ex-Gov. Edwin Edwards said that if he could run for governor this year, he would and claimed he would beat Gov. Bobby Jindal. Of course, you can claim anything if you don't have to back up your words, which, without a presidential pardon, Edwards doesn't have to. Instead, he can run forever in an alternate universe of what could have been.

For Jindal, a campaign against the former four-term governor would be nothing new. In 2007, he ran against the ghost of Edwin Edwards more so than against his three main opponents. Ignoring them, Jindal campaigned hard against a form and style of government that the state had moved on from 12 years before.

As for who might actually run, despondent Democrats got a dose of dithering last week from Sen. Rob Marionneaux, who touted a poll that suggested that, if cocked just so in light of reality, he could possibly beat Jindal. At the same time, however, the prospective candidate rued the thought of missing time with his 13-year-old son and having to sacrifice the income from his lucrative law practice to live on the governor's puny $130,000 salary. Not exactly a fire in the belly.

Marionneaux actually paid for said poll, by Anzalone-Lizst Research, which has a reputation for pumping up the prospects of Democrats. Last year, the firm's poll projected Congressman Charlie Melancon closing the gap on Sen. David Vitter before Vitter, mysteriously, won by 19 points.

In the survey for Marionneaux, the first number was the most credible, showing Jindal winning, 59-30 percent, when voters were asked straight-up whom they preferred. But then, after being read a series of negative statements about Jindal and some glowing words about Marionneaux, amazingly, the Democrat surged ahead by eight points.

Those results presuppose a campaign in which Marionneaux takes the fight to Jindal, who, despite an $8 million warchest, does nothing to defend himself or to return fire on his opponent.

If Marionneaux chooses to, he could pass the hat among Democratic contributors and put up some of his own money for a basic campaign that would oppose the governor's privatization agenda, while putting forward a populist platform, including the repeal of the personal income tax and of tax exemptions for businesses, which he unsuccessfully pushed in the Legislature.

For what, though? He still wouldn't win. Even if Jindal ignored his foe, the business community would not, but would likely come after him with third-party ads to punish his heresy and nullify him as a future threat.

Rob Marionneaux is known as a fighter, but also one who knows how to pick his fights, and this one would not end well for him. About his only reason to qualify to run is perchance for lightning to strike. Jindal, that is. Though the legislator still might carry the party's standard, the prudent course for him personally would be to save his money and to spend more time with his boy.

Viewing the party's depleted options, a veteran Democrat told me, "Sometimes the best politics is no politics at all."

Rather than get behind a politician, for Democrats there is always Tara Hollis. The lone declared opponent to the governor has made the serious commitment to not return to her Claiborne Parish classroom in order to campaign full-time.

If Marionneaux doesn't run, the Democratic Party could do worse than to embrace Ms. Holli
s and to put her forward as the decent, public-spirited, principled opponent to the course Jindal and the Republicans have set for the state. For half of the money they would have to raise to be serious about Marionneaux, with Hollis they could make a statement of conscience of what the party stands for and against. That would not change the outcome, and elections are not about making statements. Yet, with little expense and no expectations, Democrats would have in the schoolteacher as good an anyone-but-Bobby candidate as they can get this year, for it is not their year. 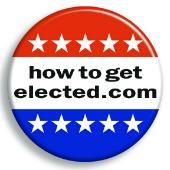