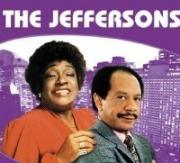 If you are ever convicted of a crime, it’s always an advantage to have the last name of Jefferson. Yesterday, former New Orleans Assessor Betty Jefferson avoided prison even though she admitted to operating a corrupt organization that stole more than $1 million in taxpayer funds.

Incredibly, U.S. District Court Judge Ivan Lemelle sentenced Ms. Jefferson to only 15 months of home incarceration, despite the severity of her crimes. According to sentencing guidelines, Jefferson could have been sentenced to 5 years in prison and been fined up to $250,000.

Even though she looted $1 million in public funds, she only has to pay back approximately $700,000 to the IRS and the State of Louisiana. Hopefully, she will not be able to profit $300,000 from her outrageous scams.

For many years, Ms. Jefferson and her family members misled the public and members of the Louisiana Legislature about how taxpayer funds were being used. Instead of helping needy citizens in the impoverished Central City area of New Orleans, Ms. Jefferson fully participated in a sham deal to steal the money.

This is an extremely outrageous crime, taking money from the neediest people in the community and defrauding the taxpayers of Louisiana. The poor people in New Orleans were deprived of $1 million that could have been used for a variety of useful purposes. Instead, it enriched a corrupt family who did not think about their constituents, only their bank accounts.

It is a travesty of justice that Ms. Jefferson is not spending the next few years in prison. Judge Lemelle should have not have shown any leniency toward Ms Jefferson as she deserved the maximum sentence.

Clearly when facing the justice system, it helps to be in the family. Betty Jefferson is not the only criminal member of her to avoid prison after being convicted of serious crime.

Her notorious brother, “Dollar Bill” Jefferson was sentenced to 13 years in prison, yet he somehow remains free today, awaiting an appeal that never seems to be scheduled.

Is it commonplace for criminals to avoid prison after being convicted? Apparently it is in the Jefferson family.

This case must infuriate former New Orleans Council member Oliver Thomas who was sentence to 37 months in prison for accepting a measly $20,000 bribe.

Betty Jefferson stole 50 times that amount of money and gets home incarceration.

She can enjoy soap operas (even a TV comedy) and dinners with her criminal brother Bill, while the citizens of the community that she misled and defrauded await justice.

If you are a Jefferson, you have a different type of justice, it really is true that the family has “moved on up” to the big leagues.