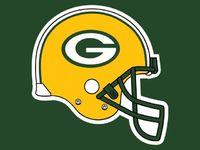 The Big moment is now here.

Which team will it be?

Here’s how some look at the game:

Green Bay remains unchanged, and that will be the clear advantage on the field Thursday. The Packers didn't need to make any adjustments in the offseason. They hit their apex just as all of their ingenious draft signings hit their prime.The New Orleans Saints may tout some new toys, but the Packers have chemistry. When you mix that with an arm like Rodgers', it is a very deadly combination

Sam Farmer’s pick: If the Packers can generate more of a pass rush than just Clay Matthews — and they’re now equipped to do so — they’ll continue the streak of the home team winning these openers. Packers 24, Saints 21.

Saints have a roster better than just about everyone in the league and a coaching staff proven to be among the league's elite.The Saints' world-class production starts at quarterback and features one of the best inBrees, who is entering his 11th season, and is the 10th highest-rated passer in history.

The Packers have the most talented and deepest roster. There's no good reason to pick against them as repeat Super Bowl champs.


Manning
Jake Query of WNDE, citing two unnamed sources whom he trusts, reports Peyton Manning already has had another procedure on his neck, and he'll miss the entire season. The radio show host reports that Manning's condition is far more serious than currently believed.

From Forbes: "New Orleans lacks the corporate sponsors and high net worth individuals that cities like New York, Dallas, Boston, Washington D.C. and Philadelphia have. But thanks to an improved stadium and lease, Benson's Saints should have no problems being financially competitive with all but a handful of teams..

More in this category: « Louisiana Statewide Races Prelude To Next Governor Post Jindal Landrieu Secures $1.26B For Louisiana Flood Protection »
back to top