Treen To Jindal: How The GOP Louisiana Was Won 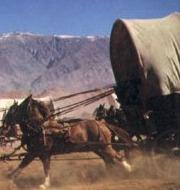 “Courage is being scared to death but saddling up anyway”...John Wayne

As qualifying closed on Thursday, September 8th, no prominent Democrat opted to qualify for election to any statewide office. As the clock struck five in the Secretary of State's office, there were no self-financed Democrats like John Georges or Caroline Fayard, no Democratic State Senators looking to contest a statewide office.   The most competitive races, Lt. Governor, Secretary of State, and Attorney General, will be all Republican contests.

Gov. Bobby Jindal did pull nine challengers, including a Tea Party Democrat that perhaps demonstrates some discontent to the Govenor's Right, but no one who can match his nine million dollar campaign fund.   Insurance Commissioner Jim Donelon will have a Democratic political newcomer taking him on with an empty campaign coffer, and little political backing.  Attorney Donald Hodge of Baton Rouge accuses Donelon of being too close to the industry he regulates--citing $300,000 in industry contributions to the Commissioner--as evidence, but possess insufficient stature and funding to get that message out.

Agriculture Commissioner Mike Strain each drew two unknown challengers Democrat Jamie LaBranche of LaPlace, a horticulturalist, and Reform Party candidate Belinda "B" Alexandrenko of Pineville, an internet radio host who has run for governor three times not earning more than 1% of the vote each time.

In other words, these contents face fields of underfunded candidates, almost none of whom who can even afford to campaign full time.  Contrast them with the Attorney General's race where former New Orleans GOP Congressman Joseph Cao will face incumbent Democrat-turned-Republican Buddy Caldwell, in what Cao promises will be a race focused on the AG's failures during the BP oil spill.

But, no where was the growing single party dominance of the GOP better demonstrated than the Governor’s race, where four Independents, four Democrats, and one Libertarian all qualified against Jindal—no of whom have ever been elected to office.   According to state archivists, there is no record in the history of Louisiana of any incumbent governor not drawing major opposition for a second term until this race.

Despite months of efforts by Chairman Buddy Leach, the State Democratic Party could not even recruit one token legislator, parish president, or party official to run.

How the GOP Grew Dominant

It is a curious twist of affairs for a state where a decade ago, there was only one elected Republican statewide, and three decades ago, there were none.

By all indications, Louisiana is on the verge of once more becoming a one party state, with the Democratic Party only electing African-American office holders and a few urban White liberals.   Or at least, that is what some Republicans claim.  Has the window for competitive statewide partisan elections closed, though?

Historically, Louisiana has been a one party state, with the Democrats ruling mostly throughout the American period.   Excepting a couple of decades where the Whigs won Creole French support, prior to the Civil War, and for a brief interregnum during Reconstruction where an alliance of Northern transplants and African-Americans created the first Republican surge, Louisiana has usually loyally voted a Democratic slate.

There were exceptions to this partisan unity at the local level.  Winn Parish had a socialist elected at a time when GOP registration statewide was less than 5,000 people.   Still, no Republican served in the Louisiana legislature from the late 19th Century until the late 1960s.

The idea of statewide elected Republican would have been laughable prior to Dave Treen's quixotic bids through the 1970s.  Then, thanks to a Democratic party split in 1981, Treen managed to narrowly beat Democrat Louis Lambert for Governor.

He was a one-term phenomena, but thanks to the election of a handful of Republicans to the legislature, what had seemed a long trek to a two party state had begun.

No one ever thought that Democrats would die out Statewide, however.  In Louisiana, men like John Breaux, Bennett Johnston, and Jim Brown managed to hold office with centrist credentials that ideologically broke with the more liberal national Democrats.  Even as White voters trended Republican in Presidential years, that electorate returned home to the Dems in state elections.

Even as GOP registration grew, this trend continued.  Enough Whites voted Democratic in state elections, that when joined with the African-American electorate, Mary Landrieu and Kathleen Blanco managed to pull out narrow victories in 1996 and 2003 for the US Senate and Governor respectively against well-funded GOP challengers.   Partially, this came from moderate to liberal White in New Orleans, but more often, both women and other Democrats down ticket managed to keep Acadiana in the Democratic column.

As John Treen, brother of Dave, once put it to The Louisiana Weekly, "Louisiana is three states politically.  The North and the Northshore are Republican.  New Orleans is Democratic.   How the Cajuns vote swings elections.  So goes Acadiana, so goes Louisiana."

That is why many of the most successful Democrats have been from Southwest Louisiana.   "All things being equal," Treen continued, "Cajuns vote for Cajuns."  That was until 2010, when moderate Democrat Charlie Melancon lost the Acadian vote to Metairie's David Vitter.

Vitter had defeated another Cajun Congressman, Chris John, six years before, but that result was a narrow victory in a year that George W. Bush won Louisiana overwhelmingly.   Without Presidential coattails, senior Democrats believed Vitter to be vulnerable.

Melancon proceeded to lose by roughly twenty points, and potential Democratic contenders got scared.   The defeat of newcomer Caroline Fayard in last year's Lt. Gubernatorial special election by almost as large a margin, and the subsequent capture of the Louisiana legislature by the GOP (thanks to a flood of party switchers), made the remaining Democrats nervous, by all accounts.

And, now it shows.  The Democrats who did line up to run are hardly the Congressmen or statewide elected officials of past years’.   Tara Hollis of Haynesville is a special education teacher who is making her first run for office, with less than a thousand dollars in her campaign account.   Cary Deaton practices law in Metairie and has run to little result in two statewide in two other races and once for Congress.  Androniki "Niki Bird" Papazoglakis actually changed her party registration from Republican to Democrat when she qualified for what would be her first political race.

Papazoglakis, armed with even less money or internet presence than Hollis, will finish a masters of public administration degree at Louisiana State University this fall, serves as policy director of Priority Awareness for Victims Empowerment, a Baton Rouge-based victim advocacy group.

Both Hollis and Papazoglakis have pledged to focus on Louisiana’s low rankings in health and education, and with an emphasis on Gov. Jindal’s recent budget cuts in both areas. Papazoglakis is fond of pointing out that the only international standard where the state ranks first is prison incarceration per capita.

However, the most prominent Democrat is the candidate of Bobby Jindal’s nine challengers most likely to run to his conservative right.   Ivo "Trey" Roberts of Gretna is one of the leaders of the Tea Party in Louisiana.   A former radio talk show host on WSLA 1560 AM locally, and a current school teacher at South Plaquemines Parish High School, Roberts told The Louisiana Weekly and Bayoubuzz.com, “Bobby Jindal has failed at multiple opportunities to reduce the size of government in Louisiana.”

As Roberts continued in his interview with this newspaper, “When Jindal had the chance to phase out the state income tax [this past legislative session], he actively tried to kill the bill.   He said he was against tax increases, but ‘fees’ increased across the board…This governor has done little to arrest the growth of government, and frankly conservatives are disappointed, tired, and looking for an alternative.”

It is in that Tea Party base where Roberts is well known that he sees Jindal at this weakest.  “The Governor has not come to our events.  We feel snubbed, and those voters may be looking elsewhere come October.”   Using a grass-roots, Facebook/social media based-campaign with other Tea Party members, Roberts believes that he has an opening to steal the conservative vote away from Jindal.

Roberts himself is an unconventional Tea Partier.   A former Orleans Parish Public School teacher, Roberts is a white graduate of Southern University, where he played basketball for four years at the historically Black college.   “I was the token white guy,” he laughed.   But, his experiences on both sides of the classroom gave him a notion that “no one in government is speaking to young black men about achievement.   Certainly Governor Jindal is not.”

It is not just rhetoric to Roberts.   He is the co-author with Chris Pilie of Emancipation Chronicles: Profiles of Black Patriotism, and hopes to use his campaign to speak to an African-American community that Roberts calls “forgotten by both parties, and especially by the current administration.”

Joining the four Democrats are Libertarian Scott Lewis of Baton Rouge, who has run unsuccessfully twice for secretary of state, and Independents David Blanchard of the Baton Rouge suburb of Brusly, a first time candidate and a fired employee of the state Department of Health and Hospitals; Leonard "Lenny" Bollingham of Baton Rouge; Ron Ceasar of Opelousas who pushed a recall petition drive against Jindal that netted 566 signatures, way short of the 900,000-plus needed; and William Robert "Bob" Lang, who unsuccessfully ran for U.S. Senate last year.

As to the lack of major Democratic contenders for Governor, the reason, as one Democrat put it, "They are scared in the age of Obama that a Democrat can't get white votes.  Therefore, he can't win."

As one of them put it, "Give it four years, and after Jindal resigns from the Governorship to serve somewhere else, and the state budget situation worsens, the voters will be ready for the Democrats to come back."

And, at the front of that bench, they claim, is the former Lt. Governor, New Orleans Mayor Mitch Landrieu, ready to stand for Governor in 2015.

Christopher Tidmore is on the radio weekdays from 7-8 AM on WSLA 1560 AM, online at www.gtmorning.com, and from 4-5 PM online at www.redstatetalkradio.com