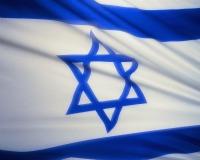 Several weeks ago the column focused on the controversial decision by the Palestinian Authority to seek statehood from the United Nations.  As expressed in that article, this move presents numerous difficult situations for the world and especially for the United States.

President Obama has openly expressed his support of a Palestinian state. In fact during his address before the United Nations last year he stated: "When we come back here next year, we can have an agreement that will lead to a new member of the United Nations - an independent, sovereign state of Palestine, living in peace with Israel."

However, he has failed to address the Israel/Palestine problem throughout his term.  In fact, the “Peace Talks” have been suspended for over a year because Israel has constructed new settlements on the West Bank, an area claimed by Palestine. Obama did little to aggressively address the situation.

Feeling abandoned, the Palestinians have taken it upon themselves to advance their cause before a sympathetic United Nations.  First, they will attempt to pass a motion recognizing them as a state before the Security Council.  The United States has informed them that it will veto any such move.   Congress has suggested a cut-off of all funding amounting to nearly $450 million per year if they persist in this adventure.  This places America squarely in Israel’s corner and isolates it from the rest of the Arab world despite the fact that the U.S. openly supports nationhood for Palestine.

Even more interesting are the divisions that have appeared among Palestinians themselves.  One would have believed that this effort for statehood would enjoy overwhelming support, but that is not the case.  Mahmoud Abbas, the head of the Fatah movement and leader in the West Bank has unilaterally taken this initiative.

However, Hamas which controls the Gaza Strip is not on board.  Hamas has criticized Abbas because he has “…regretfully taken unilaterally a way from the National Palestinian consensus.” They especially criticize him for “…insistence on the path of negotiations away from the choice of resistance.”

They and other Palestinians are concerned because should the UN recognize Palestine as a nation based upon pre-1967 borders, does that validate the existence of Israel?  Does it mean that Palestinians have surrendered their demand for pre-1948 borders and the right to return?  The latter is most important and incendiary because it demands the dismantling of the state of Israel and the return of all lands to those Palestinians who occupied the region BEFORE 1948!

In addition, if Palestine is acknowledged as a nation, what are its borders?  If based upon the pre-1967 borders, the nation of Palestine will consist of several non-contiguous parcels of land: the West Bank, The Gaze Strip, East Jerusalem, and several townships.  This is not a nation in the true sense of the world, but an unmanageable assortment of discordant elements.

Hamas does find comfort in America’s discomfort, however.  They see the rejection of statehood because of an America veto as exposing “…Israel’s policies and the supportive U.S. policies.”   Furthermore, they believe that President Obama’s “…doublespeak distorts and inverts what Palestinians want and can get if proper procedures are followed.” A veto will make that clear to the world.

Recognizing the danger, Obama has recently spent considerable political capital around the globe trying to gain support to pressure Abbas to restrain himself.  Those efforts have failed thus far.  Perhaps, had the United States been more pro-active over the past few years, this crisis could have been averted.

As it stands, there is nothing Obama can do now but either abstain from voting and allow statehood which would totally isolate Israel and damage his Jewish political support in America.  Or, veto statehood and incur the wrath of many nations in the world while once again exposing America’s diminished ability to influence world events.  Not a happy choice, but the direct result of his failure to take timely action.

By the time of this writing, the crisis, if indeed one ensues, should be well on its way. Already Israeli settlers have attacked Palestinians and on Sunday the Israeli daily Yedioth Ahronot revealed that radical Jewish settlers had planned at least three “sovereignty marches” for Tuesday afternoon near Ramallah, Hebron, and Nablus with the expressed intent of “[making] it clear to the Arabs who the home owners are.”

For their part, Palestinians have sought to breach the wall separating the West Bank and Abbas openly urges a “Million Man March” into the occupied territories. The question here is how will most Palestinians react?  Will their divisions cause confusion and discord within their ranks?  Or, will they take the position that this is a once in a lifetime opportunity to place their case before the world at a time when the unique situation in the Middle East best serves their cause?

Perhaps more interesting, is this international crisis driven primarily by Palestinian aspirations or a power struggle within the Palestinian political elements composing Hamas, Hezbollah, and Fatah? In which case the tail is truly wagging the dog!

More in this category: « Louisiana Edwin Edwards prison for life, back with a good-looking wife Save Avondale Shipyard Rally Set In New Orleans »
back to top