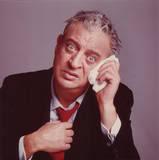 Comedian Rodney Dangerfield used to always say that “I get no respect at all.” It was his signature joke, a great punch line in his stand-up routines. Now, that Rodney has graduated to the great comedy club in the sky, the “no respect” line should be adopted by another well known personality, U.S. Representative Ron Paul (R-TX).

This Republican presidential candidate almost always wins straw polls, draws great crowds of enthusiastic supporters and has a rock star like following. Paul is a hero to Americans who support limited government, the pursuit of personal liberty, and tried but true constitutional principles.

Unlike GOP frontrunners Mitt Romney and Rick Perry, Paul has been consistently advocating these positions for the past thirty years. His record in Congress has been steadfast against the growth of government spending and federal regulation and the increase in taxes.

Yet, due to his beliefs in allowing states to legalize drugs and pursuing a policy of military non-intervention, most mainstream news reporters and political analysts discount his chances for the nomination. They claim that no candidate with such “radical” views can get the nomination of a party that supports the war on terror and the war on drugs.

It seems the people are not listening to the “experts.” Despite the rough media treatment, Paul is doing quite well in this presidential race. He is drawing more political support and campaign donations than he did in his 2008 race for President, which is remarkable considering he is now 76 years old. In a media age of blow dry Ken dolls like Romney and Perry, Paul is refreshingly different. In fact, he is refreshingly real.

More and more voters don’t seem to mind the wrinkles and the gray hair. In the recent California straw poll, Paul won with 44.9 percent of the vote followed by Governor Perry with 29 percent in a distant second place. In nationwide polls, Paul is now running a strong third behind Perry and Romney. For example, the latest CNN/ORC International poll placed Paul in third place with 13 percent support.

Of course, the media should be touting Paul as a strong contender and highlighting these recent achievements. Instead, the congressman is consistently ignored and given no respect by the so-called opinion makers.

The news media seems intent on making the Republican race a two-man contest between Romney and Perry. However, polls show that there is tremendous dissatisfaction with both of the frontrunners.

Conservatives dominate the nomination process and know that Romney has a history of changing his political positions when convenient and Perry was a former Democrat who chaired the 1988 presidential campaign for Al Gore in Texas.

While Perry switched his party affiliation in 1989, he continues to advocate questionable views on border security and is a proponent of bestowing taxpayer benefits for illegal aliens. While Governor Perry has admitted that his executive order mandating HPV vaccines for young girls was a mistake, his initial support for such a government intrusion into what should be a personal family matter is troubling.

Unlike Romney and Perry, Paul has been a model of consistency for decades, which is comforting to voters who did not need to wonder about where he stands on the issues. There is no question that Ron Paul supports sound monetary policies, a return to the gold standard, an audit of the Federal Reserve, and real spending and tax reform.

On most of these core issues, Paul is popular with the rank and file voters in the Republican Party. If Paul can break through the media wall of opposition and convince Republicans he has a chance to win, his support would skyrocket.

His main problem is that the “experts” say he cannot win, but why not? Republicans need a real choice to present to voters in November of 2012, not a warmed over Democrat who converted to conservatism out of convenience. Paul was conservative before it was cool. It’s time the media started to pay attention to his campaign and give the Rodney Dangerfield of American politics the respect he deserves.