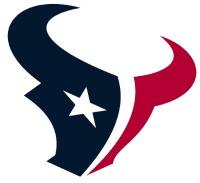 It's the Houston Texans 2-0  vs. the New Orleans Saints 1-1 in the Louisiana Superdome this week, both needing a win to keep the ball rolling on season 2011.

John McClain has been covering the Texans for "longer than a coon's age" for the Houston Chronicle.

The undefeated Texans defeated the Colts without Peyton Manning and won at Miami. Now the terrain gets more difficult, beginning at New Orleans on Sunday.

McClain picked the Texans to start 2-0 and finish 11-5. He had them defeating Indy and Miami and losing to the Saints. McClain figured the key to this game is going to be how the Texans offense handles the exotic blitzes created by defensive coordinator Gregg Williams, a former U. of Houston and Oilers assistant, and how the defense handles a Saints running game that's better than Miami's.

Houston coach Gary Kubiak said after the 23-13 victory over the Dolphins that the defense played the pass, keeping six players up front to stop the run and using five to control the pass. They limited Chad Henne to 170 yards after his 416-yard performance against New England and won by 10. But they gave up 153 yards rushing, most between the tackles.

"This is going to be a fun, physical game between two teams that know each other well because they tangle every preseason, usually including practices against each other," writes McClain. "They're developing a nice little rivalry for two teams that don't even play in the same conference. For the first time, the Texans won't be favored

"If they win this one, the NFL will finally take notice that this is a special team. If they drop to 2-1, they'll have to defeat the Steelers at Reliant Stadium to get the recognition they deserve."

McClain is picking the Saints, but he asks if his readers can imagine what Reliant would be like if they upset the Saints and come home with a 3-0 record to play Pittsburgh.

Here's how Saints play-by-play announcer Jim Henderson compares Darren Sproles with Reggie Bush: "In Miami, as the Dolphins were falling to 0-2, Reggie Bush was getting seven touches and averaging three yards per touch. It apparently took one game last week for Tony Sparano and the Dolphins to realize he simply isn't an every down back. When it comes to his successor here -- super Smurf  Darren Sharper -- more is more. In two games, Sproles has been wise in his decisions and decisive in his actions. He's returned four punts for 93 yards and a touchdown -- more yards and more touchdowns than Reggie accumulated in 14 returns all of  last season...

"His 12-yard average per touch in all phases of the game is nearly three yards better  than Reggie averaged here his last two seasons. That's not to denigrate Reggie. It's only to elevate Sproles, who has already proven to be a durable and complementary piece to the Saints' complex offensive puzzle."...

...Saints strong safety Roman Harper is going tio be named the NFC's Defensive Player of  the Week after his two-sack performance against the Bears...From Saints RB Joique Bell's Twitter account: "Life throws a lot of curve balls at you, you just have to troll with the punches and #Bounce Back...'GodChild.'...

Will Smith is returning for the Saints after a two-game suspension.  The Saints showed last week against Chicago that it could operate just fine without him.  Now, the question becomes, what can they do with him?

The Houston Texans win against the Miami Dolphins was a road game which might show the stuff they are made of.  Three AFC teams are now 2-0, the Texans, the Buffalo Bills and not surprisingly.

More in this category: « Obama At UN: Unshakable Compromise Between Israel And Palestinians Louisiana Elections: Dardenne, Schedler, Strain, Hodge Get Alliance Endorsements »
back to top