The sinkhole at Bayou Cornein Louisiana  is not getting smaller.

In fact, this enviornmental eyesore, now approaching its fifth month of existance is getting larger, uglier and yes, more incredible. Below are photos and descriptions published today by Louisiana Envionmental Action Network (LEAN):

Photographs from a flyover today, December 21, 2012, show the Bayou Corne Sinkhole is continuing to expand. The sinkhole is currently estimated to be approximately 8.5 acres in size.

Three days after it formed on Aug. 3, 2012, the sinkhole was a smaller slurry area approximately 372 feet wide. 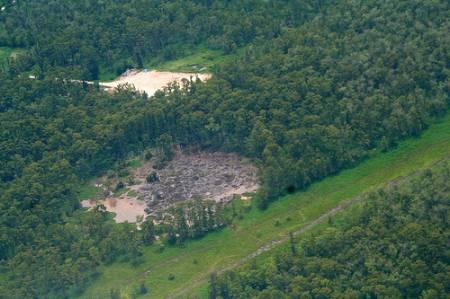 Two months after it first formed, the sinkhole had expanded to several acres in size and had become a potential source of oil and brine contamination for the surrounding environment. 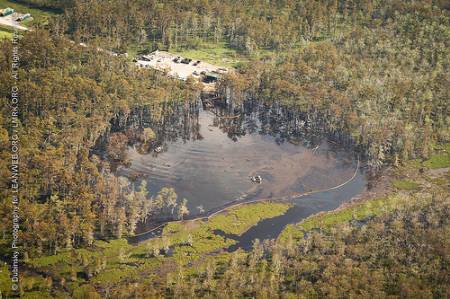 December 21, 2012, Almost 5 months after it first formed. The sinkhole has expanded some more and a sheen of crude oil can still be seen on it's surface. A large area of natural gas bubbles can also be seen at it's center. 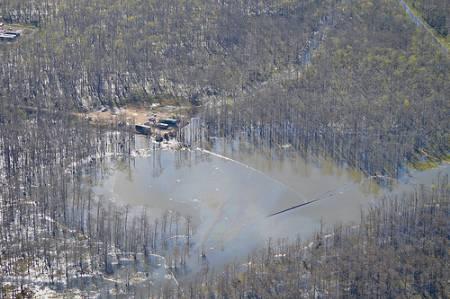 Look at these three photos in expanded mode

More in this category: « New Year, Christmas, Thanksgiving means try like the dickens for 2nd chance Prince William and Kate Middleton family ’s Christmas is royal puzzle »
back to top