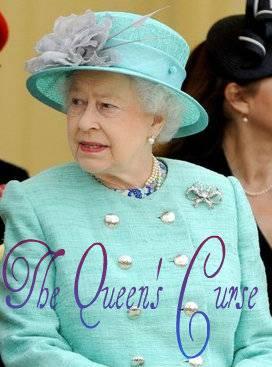 Prince William’s Christmas with his Middleton in-laws in Bucklebury was a bit puzzling.

If the reason for skipping the Queen’s annual family holiday at the Royal Family’s Sandringham Estate, including the Royals’ traditional Christmas Day King’s Lynn church service, was because Kate was too ill with rampant morning sickness to be on her feet and out and about, then why was she on her feet and out and about on Christmas Day at St. Mark’s Church over in Berkshire?

Kate and William’s going-a-caroling across the shires seems to make a mockery of the Queen’s “family” holiday.

While normally one might say, oh, this holiday we will spend with wifey’s family in the Berkshire and next holiday we’ll be with hubby’s family in Sandringham, the Royal Family is run a bit differently, isn’t it?

Or should that be, wasn’t it?

At least, the Middleton Family was able to showcase not just Kate ensconced in a gigantic red muffler of some kind, hair drooping messily all about, but also they got to display brother James’s new masculinity in the form of a full-face beard.

Yes!  Kate Middleton’s brother, James, who earlier displayed and photographed himself in a French maid’s scanty costume, with one hand firmly grasping otherwise-covered genitals (presumably to let us know that he really has something down there), has now decided to officially re-brand himself as a man, and has grown a beard, presumably because...well, because he can.

And beards are mannish things, aren’t they?

James’s beard looks real enough.  But maybe instead of swiping his royal sister’s dresses (as he’s done in the past), he’s swiped her hair extensions.

Who knows what is real with the Middleton gang?

Pippa, who now styles herself as a “writer,” recently regaled us “readers” with tales of Middleton Christmases past where Michael, the Middleton patriarch, liked to costume himself in disguises like a inflated sumo wrestler wearing a diaper.  We are eagerly awaiting Pippa’s next installment that will hopefully trot out the ghosts of Christmas present, and let us know what went down in Bucklebury.

Meanwhile, Prince William’s new practice of creating a Middleton Court in Bucklebury, with a collection of rented private villas in Mustique, is curious.  The dour shadow cast by Kate’s recent hospitalization that proved fatal to one nurse who attended her, and may have deeper impacts in faraway former British colonies like Australia, may well color the future of any heirs born to the couple.  Suicide in particular is a dark omen.  And the slashing, threatening, furious kinds of responses that Prince William asserts towards those who dare photograph and write about him and his wife while they prance about nakedly in public, plain view, are not apt to endear them to those who are their natural popular supporters.

What does the newest division mean for the future of British monarchy?

Queen Elizabeth is well-known for keeping her counsel to herself, or at least, to a tight inner circle of trusted courtiers and confidants.  She has seen kings, queens, and even one particular queen of hearts come and go, and more permanently go, and still she has remained, silent, serene, and stable.  The monarchy’s current dilemma is a bit surprising, given her own obvious sacrifice of her personal life.

Will it survive after her death?

If Parliament wants it to, yes.

But might it skip Prince Charles and also Prince William?

For one thing, Prince Charles divorced, and married without the Church of England’s permission, without the Queen’s official permission, and without Parliament’s official permission.  He was fortunate to have waiting until his first wife was dead, since that is at least technically obeying the letter of the ecclesiastical law that one might not remarry in the Anglican Church if one’s first spouse is still living.  But while nobody has looked deeply into William’s parentage, assuming that he was born in the bloom of Charles and Diana’s early love for one another, Prince Harry’s parentage has always been in doubt.  Yet, if hundreds of years of monarchy are built ostensibly on a bloodline, and the modern means to determine this bloodline now exist, one must expect that, at some point, someone will assert the right to explore the genetics that underpin the right to inherit the throne.  And this technology would conceivably apply to everyone who purports to “belong.”

People who adored the late Princess Diana might want her son, William to ascend to the throne because he is, at least half, part of her.  But much of the “Establishment” that still runs British royalty doesn’t and didn’t adore Diana at all.  The “Establishment” might be quite relieved if Prince William decides to become Prince of Bucklebury instead of the Windsors’ royal house Diana openly loathed.  The throne could just as easily pass to Prince Andrew and his daughters. And Prince Andrew’s ex-wife, Sarah, although lurching about like someone’s ancient mad auntie, is still alive, and Andrew has not remarried in a renegade non-Anglican Church, so his claim is actually safer than his elder brother’s.  Behind Andrew are his two daughters, whose greatest sins seem to be wearing unforgivably, breathtakingly horrible hats.  Then, there is Andrew’s younger brother, Edward, who has, with his now-much-cowed and docile wife Sophie, two young children.  And then, there is the feisty (some would say, nasty) Princess Anne, who may be unlucky in love, but has one son with two young children, and a recently married daughter, Zara.

So the Queen has plenty of heirs to pick up the slack, in case the whole thing with Charles, Camilla, William and Kate doesn’t work out.

And if Princess Diana’s son William displays her tendency to undermine the institution from the inside out, Prince William and Kate could well find themselves working, permanently and full-time, not at the Royal “Firm,” but as the other family’s “Party Pieces.”

If Prince William’s wife is well enough to trot about in booties and a giant blanket in the shires, she should attempt to put in an appearance at Sandringham as well.

Provided that their presence is still desired.

Nurse in royal prank had reportedly attempted suicide twice before