In part two of the Alliance for Good Government forum, the two republican candidates responded to issues involving streamlining government and the Lt. Governor’s office, whether gambling should be expanded and the impact of the budget shortfalls upon items under the purview of the office such as parks and museums.

Dardenne responded to the first question as to whether he would favor a consolidation of the Lt. Governor’s and the Secretary of state’s offices under that of the Governor’s if a study reported that it would feasible.

Dardenne said he would support it but as someone who has handled both offices, he doubts it would be practicable because both the office have sizeable responsibilities.   Dardenne also said that the Secretary of State office must not be involved in politics which could happen if it were under the Governor’s office.

Nungesser said that the Lt. Governor’s office could do more things other than tourism and that he has asked the governor to expand that role.

Regarding the expansion of gambling, Dardenne said he does not approve of the expansion, fought against gambling but recognized that it has a major impact upon of the economy in certain parts of the state.

Nungesser was not asked the same question but instead was asked what impact the lack of budget funding is having upon the expansion of tourism.  The Plaquemines Parish President said that it was having a “crippling effect” and that the state needs to analyze the whole budget; needs to bring people together, throw budget on table.  He said that Plaquemines had a shortfall but it went to foundations such as in California and obtained revenues from private donations.

The video is approx.. five minutes and twenty-five seconds long.  The narrative above is not necessarily an accurate reflection as to the forum.  Bayoubuzz encourages the reader to view the video to see and hear exactly what was being said at the Alliance forum. 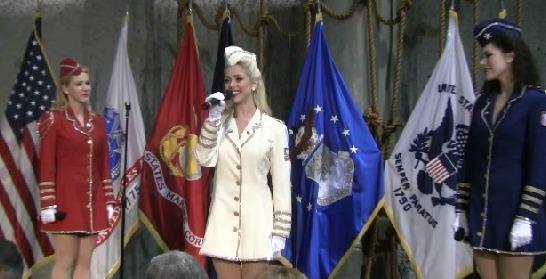