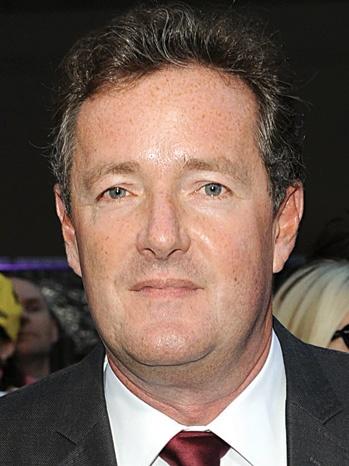 When Larry King was forced from his prime time perch on CNN, the network bosses made a horrible decision. They replaced him with former tabloid editor Piers Morgan, a British national who has a horrible history in journalism.

In 2004, he was fired by the Daily Mirror for printing fraudulent photos in their publication. He is also under investigation in the wide ranging phone hacking operation that has damaged the reputation of the entire media industry in Britain.

As a foreigner, Morgan is not well versed in American history or the current political landscape. He is also quite ignorant about our founding document, the U.S. Constitution. On his program this week, Morgan claimed that the Constitution is “inherently flawed.” For good measure, he also claimed the Bible was inherently flawed and needed to be amended to include support for same sex marriage.

Thus, Morgan expressed disdain for the two more important documents ever written and in the process characterized himself as the real champion of morality.

In contrast, Morgan really supports tabloid journalism and enjoys character assassination. After the Newtown massacre, Morgan interviewed Larry Pratt, Executive Director of Gun Owners of America. During the exchange Morgan viciously attacked Pratt, calling him “an unbelievably stupid man.” Pratt’s sin was to express support for the 2nd Amendment and gun ownership. As a British national, Morgan does not understand or appreciate our 2nd Amendment. He wants our country to pursue European styled gun control legislation, even though it has not stopped mass murders. During the interview, Pratt attempted to educate Morgan about incidents of horrible violence in Europe, but the interviewer insisted in hurling insults and subjecting his guest to obscene lectures. At one point in the heated exchange, Morgan said that Pratt did not give a damn about the gun murder rate in America, do you? You don’t actually care.”

Outraged viewers flooded CNN with complaints, but the network never apologized for their shabby treatment of Pratt. As a last resort, a petition was created on the White House website demanding that “Mr. Morgan be deported immediately for his effort to undermine the Bill of Rights and for exploiting his position as a national network television host to stage attacks against the rights of American citizens.”

This petition has been immensely popular with over 87,000 people signing it. To join the ever growing online petition, here is the link: PETITION TO DEPORT PIERS MORGAN

Ironically, many in Britain don’t want Morgan back in their country. There is a counter protest to “stop Piers Morgan from being deported back to the UK from America.” It states that “we got rid of him once….why should we have to suffer again. The Americans wanted him so they should put up with him. We washed our hands of him a long time ago.”

It is not surprising that so many people are ready to send Morgan packing. He possesses an unfortunate combination of both arrogance and ignorance.

His show is an affront to Americans who cherish traditional values and biblical principles. He is constantly promoting his politically correct views on social and political issues. On a regular basis, Morgan is belligerent toward conservative guests like Pratt.  He is hostile to the U.S. Constitution and is engaged in a constant campaign to undermine our Second Amendment.

While Larry King was certainly liberal, at least he was respectful toward people with different views. Morgan is a liberal activist who does not tolerate dissent on his program. It is unfortunate that CNN has given Morgan this prime position in their line-up.  As a result, the network should not be surprised that they are dwelling in the ratings basement.

Morgan spends his time and energy disparaging conservative viewpoints, so, in effect, he is telling conservatives that they need not watch his program.

Morgan is the liberal poster child for a network dominated by hard core leftists. There are no conservatives in their primetime schedule, even though CNN management claims they are an objective news organization.

In reality, there is no fair and objective journalism on CNN and for evidence all viewers have to do is watch Piers Morgan in action.--

More in this category: « Prince William and Kate Middleton family ’s Christmas is royal puzzle Sean Payton and New Orleans Saints contract will live on, Paternostro passes »
back to top