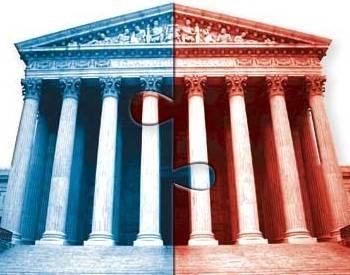 The impact of Obamacare on small businesses will prove to be disastrous.  Mostly, because small business owners have no idea what the true impact will be.  Therefore, the uncertainty will cause them to retrench rather than invest.  This in turn will impair any economic recovery.

Consider that small businesses make up 99.7% of America’s economy.   They account for 50% of all non-farm Gross Domestic Product, 65% of all new net jobs, and 44% of the nation’s total payroll.   This alone should cause those in government to consider carefully before they make a decision that might threaten their livelihood. (U.S. Small Business Administration)

Small businesses grow gradually in most cases.  However, federal laws, including Obamacare, place thresholds which, when crossed, trigger additional regulations.  Obamacare kicks in when a business employs 50 workers.  Thus the incentive to grow beyond that point takes careful consideration.   Is the expansion worth the expense?  Who wants businessmen even thinking along those lines?

The law seriously threatens workers as well because businesses do not wish to employ more than 50 employees.  They may be inclined to lay-off workers to get below that number or fail to hire workers for fear of approaching that number.   In addition, businesses do not have to cover those who work less than 30 hours per week.  A drive to reduce full-time workers to part-time status will likely result in order to reduce the impact of healthcare requirements.  Result:  workers will suffer and unemployment will remain high.

Businesses also will have to calculate the math relating to employment.  One would think that having 50 employees is simple.  Just count your workers.  But that is too simple for government.   Obamacare has devised the FTE (Full-Time Equivalency) formula for calculating employment the same way colleges do for enrollment.  It makes little sense in either case.

This is a formula that simply states that a “full-time employee” works 2,080 hours a year.  Thus businessmen must take the total number of hours worked by all employees and divide that number by 2,080 to calculate the number of FTE employees.  It has little to do with real people or real employment rolls!

Thus if you have 40 employees who work overtime, after the overtime is calculated by the formula you may actually have 50 employees by FTE.  Does this count overtime as time and a half?  Who knows?  Only government could create such a perverse system.

Also, the federal government has other regulations with other guidelines.  Will these also apply to Obamacare?   Government has a habit of not counting the total number of employees currently working, but adds in those who have quit or been fired.  Under these regulations, if you have 40 employees on the payroll to run your business, but over the year ten have been replaced after being fired or leaving work, those former employees are still added to the mix.

Between this formula and the FTE formula, businesses with small numbers of “real” workers may find that their “government calculated payroll” is significant larger than it really is.  A business may then fall under the Obamacare guidelines and the employer will be responsible for having had insurance or pay fines.

The real trick comes in at the end of the year.  Because it is only then that an employer can calculate his number of workers and the hours worked.  If a businessman suddenly discovers that he has crossed the threshold…he will likely be fined because he did not insure his employees as the law requires.  The fact that he had no way of knowing the number of employee FTEs until year’s end is no defense.  He broke the law…he pays the penalty!

This is only one reason why small businessmen will reduce the hours worked by each employee and reduce the number of workers on the payroll because of Obamacare.  The response will make recovery more difficult, unemployment intractable, and the economy falter.

Businessmen need certainty to invest.  Instability and uncertainty cause them to hold back on investments and expansion.  Penalties for business expansion are counter- productive, but remain a key element in Obamacare and all government regulations.

The above is only one problem with this piece of legislation.  It could only be devise by people who possess no knowledge of business operations… people who live in the abstract world of social and economic theories and possess few practical life experiences.

Such policies lie at the root of the Greek crisis and at the core of America’s growing economic problem!!!

More in this category: « California gets Louisiana Bridges, Jindal gets high-paid politico Etch-A-Sketch Romney:Obamacare is a tax, no a penalty »
back to top