Written by Stephen Sabludowsky
Rate this item
(0 votes)
Tweet
I

t took twelve days after the oil spill in the Gulf for President Obama to make his first trip to the region. Since then, he has made a few brief trips, but he has not traveled here in the last few weeks. The most recent high profile visit was from Vice President Biden last week. Yesterday, it was announced that First Lady Michelle Obama will be visiting the area next week.
Yet, this is nothing to get excited about for all of these trips have been a colossal waste of time and money. It takes plenty of resources to stage a high profile trip to this area. This money would be better spent on the oil spill clean-up effort. 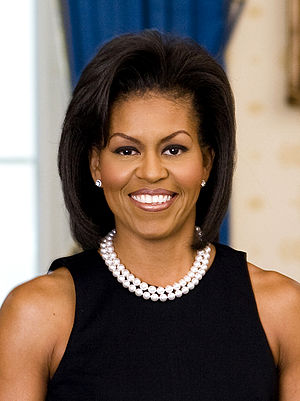 Mrs. Obama will distract personnel from their vital mission on our coast.. She will pose for some pictures and give a few comments to the media, but it will not accomplish anything. It will not speed up the clean up effort, in fact, it will slow it down. There are already accusations that clean up personnel are not putting in a full day of work. Yesterday, Travers Mackel of WDSU-TV reported on the lackadaisical work schedule that is being followed by many of these so called “workers.” They are being paid for a full day of work, yet are spending most of their time on breaks.

So, we continue to see a half-hearted response to a major crisis. Politicians have claimed that we are on a “war” footing in this battle, but the evidence proves otherwise.

If there is a “war” it is not against the oil spill, it is against the State of Louisiana. On multiple occasions, the federal government has put roadblocks in front of local officials trying to take action. Federal government officials have stopped barges from removing the oil on the waterways and halted the construction of vital sand berms and rock dikes.

The Governor claims that there is no “urgency” in the federal government’s response. We do not have the luxury of time to wait for environmental studies to be conducted. It is imperative that action be taken now to halt the flow of oil into our delicate wetlands. Otherwise, our seafood industry will be destroyed for generations.

The Interior Department is making the situation much worse by issuing a ludicrous moratorium on deep water drilling. While that is being debated in court, oil and gas industry insiders report that everything has come to a halt in the Gulf. Even shallow water projects are not proceeding.

In the meantime, high paying jobs are being lost and rigs are leaving, never to return. Some speculate that this is a deliberate attempt by the Obama administration to harm Louisiana and destroy our oil and gas industry, while promoting their cherished program known as cap and trade.

Whatever the motivation, the results are clear that this administration has done nothing but make this disaster worse for the people of Louisiana. No brief visit from the First Lady is going to change the reality that we face in our state. The only relief that the administration can provide now is a change in policy so we can fight this battle on our own and retain an industry that is crucial to our statewide economy.

The State of Louisiana has been providing for the energy needs of this nation for decades. We have sacrificed our coast for this country. We deserve much better treatment from the federal government. A few high profile visits will not undo the damage of neglect, red tape and economic penalties being delivered by the Obama White House. Unless Mrs. Obama is offering a real solution to our woes, it would be better for her to stay away.

More in this category: « Death of child due to improperly restrained seat belt in Louisiana crash Bad Louisiana ranking, Christie replaces Jindal and Cassidy gets nod »
back to top