Herman Cain On Fire And Can Burn Romney, RINO’s And Black Liberals 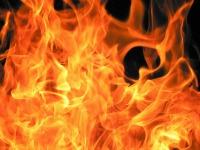 After a strong showing in the Florida straw poll, the presidential candidacy of businessman Herman Cain is on fire. In the latest Gallup poll, he is virtually tied with former Massachusetts Governor Mitt Romney for the lead among GOP presidential contenders.

For months, Cain was performing well in debates, but languishing near the bottom of the pack among Republican candidates. Finally, after he performed exceptionally well in the last televised debate held in Florida, he received renewed attention and support. Cain quickly built momentum and scored a massive win in the state’s straw poll.

Once Cain won Florida, his national support has been skyrocketing and he is getting renewed attention from the hostile national news media. Last week, Cain had to endure being called a racist and a draft dodger by Lawrence O’Donnell of MSNBC, who received a deferment during the Vietnam War. O’Donnell questioned why Cain received a college education and worked as a ballistics expert for the U.S. Navy instead of joining civil rights protests and signing up for military service. The bottom line is that Cain admirably served his country and O’Donnell looked foolish in trying to tarnish Cain’s record.

This week, the attacks against Cain have intensified. The “lame stream” dredged up radical black professor Cornel West and communist sympathizer Harry Belafonte to criticize Cain. West said that Cain has a “coldness toward poor people” while Belafonte said he is a “bad apple.”

In response Cain said he left the “Democratic plantation a long time ago” and the personal attacks “simply won’t work.”

In the next few weeks, Cain should prepare for a steady stream of critics to receive air time.  The liberal media was successful in demonizing Sarah Palin and Michele Bachmann and will try to destroy Cain as well. This effort has the full support of the country club establishment wing of the Republican Party, which is backing Mitt Romney.

While the Rino’s love Romney, his liberal past makes him anathema to the Tea Party movement.  Romney has changed his positions on everything from his socialized medicine plan to abortion to global warming. In a Senate debate in Massachusetts, he once blasted Ronald Reagan and admitted his was an independent during the 1980’s.

On the other hand, Cain is a solid conservative who has a consistent record for many years speaking out on issues. He has a very impressive background in education, working with the U.S. Navy, turning around Godfather’s Pizza and serving as a talk radio host. Unlike Romney, Cain is a self-made man, who was not born with a “silver spoon in his mouth.”

Cain is not a politician, which is an advantage in our country today. While Romney has been running for President for five years, Cain has been earning an income, working and prospering even during a very poor economy. He can effectively relate to the concerns of average Americans who are out of work and looking to the next President for real solutions, not phony “hope and change.” His “9-9-9” tax reform plan is an ingenious combination of the flat and fair tax plans. It offers a radical change to the corrupt and oppressive tax system that stymies economic growth in our country today. Cain’s tax reform plan is one of the major reasons he has

Along with giving real hope to struggling Americans, Cain’s candidacy might be able to radically change the electoral dynamics in our country. As a conservative African American, Cain would make history if he becomes the Republican nominee for President. He believes that he will attract as much as 33 percent of the black vote in the presidential race. While he might not be able to reach that level, he will undoubtedly receive a higher percentage of black votes than any other GOP candidate in modern history.  In addition, Cain is a strong favorite of the Tea Party movement, dispelling the ridiculous notion that the grass roots phenomenon is populated by angry racists.

As the Republican nominee, he might be able to attract a diverse and large coalition of voters to oppose the socialist agenda of Barack Obama. However, his first task is to defeat the establishment’s candidate, Mitt Romney, and win the Republican nomination.

Ahmadinejad, Tyrants And Terrorists To Make It In New York, New York