Nungesser: The Louisiana Politician Who Gave The Madam Butterflies 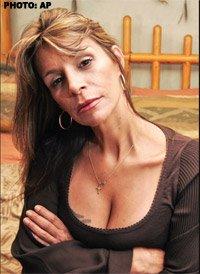 Before the people of Louisiana and the nation knew him as a crusader against BP or a candidate for Lt. Governor, Billy Nungesser was a successful businessman and political operative in Plaquemines Parish. His father William Nungesser, Sr. was the Chairman of the Louisiana Republican Party and a beloved figure among activists and elected officials.

The elder Nungesser opened many doors for Billy who was eventually encouraged to run for Plaquemines Parish President. In 2006, he won a very close election and was subsequently re-elected with over 70 percent of the vote in 2010.

As soon as he was elected, it was apparent that Billy Nungesser was not the typical Plaquemines Parish politician. He had much greater aspirations than Plaquemines Parish. Because of his father’s position and his many years as an activist and donor, Billy had plenty of national contacts. He used these national contacts to advocate for his parish and gain more exposure as a rising star in the Republican Party.

By 2008, Billy Nungesser had a reputation as a hard working Parish President who was colorful and animated, but not especially controversial. This reputation changed on March 18, 2008, when I interviewed the Canal Street Madam, Jeanette Maier, on my Ringside radio program (WGSO 990 AM).  For the first time on the airwaves, Maier publicly named Billy Nungesser as one of her long time clients, something that she had mentioned privately many times. In fact, Maier claimed Nungesser was not only a client of almost two decades, but also a drug user and sexual deviant, who had an explosive temper.

Even though Maier feared for her safety in alleging Nungesser’s connection to her prostitution business, she made the following statement on the radio:

There’s an elected official that’s been a client of mine for probably almost 20 years. He’s one of my best spenders or was one of my best spenders. His proclivities can’t even be said on radio. I would say that there were women, men and an abundance of coke. Sometimes I don’t even want to think about some of the stuff that he did. He hid behind his famous Republican father who knew because he paid his son’s tab to me which came with a death threat. This is a man…who had sexual harassment at work brought to his attention and suddenly everything disappeared. This is a man out of control and yet was elected Plaquemines Parish President. Now you know who it is. You must all take responsibility for your actions. We must take responsibility for our actions, including you, Mr. William Nungesser, Jr. or as I know him or many sex workers, as Pinky or Billy Boy.”  (Audio clip attached)

When confronted that same day about these scandalous accusations by then WGSO 990-AM News Director Terry Easley, Nungesser said, “That’s old news…my name was in the paper for that. You know what if I had known it was there I would have went, I didn’t know it was there and never been there. That’s ridiculous.”

When Easley asked him what would motivate the Madam to make such explosive charges if they were not true, Nungesser said, “I don’t know. This is the third time, it’s been in the paper twice….I’m not even going to entertain it. It’s better for me not even to comment on it.”(Audio clip attached)

Nungesser was not the first politician to be named as a client by the Canal Street Madam. In July of 2007, Maier publicly called U.S. Senator David Vitter a customer and threatened to release more names from her “black book.” While no other names were released, it seems quite plausible that her brothel was financially successful and frequented by plenty of local politicians.

Interestingly, while Nungesser claimed that he had “never been” to the Canal Street brothel, he did not refute that he was one of the Madam’s clients. In his famous July 2007 press conference with his wife Wendy, Senator Vitter stated that the “New Orleans” stories were lies, but did not elaborate. He did confess to a “serious sin” but never explained the extent of his wrongful actions.  It was verified that Vitter’s telephone number was listed in the call records of the D.C. Madam, Jeane Palfrey, but his exact involvement with her prostitution operation was never revealed. Several weeks before her sentencing and incarceration, the D.C. Madam committed suicide and many of her secrets went to the grave with her.

As is typical of such cases, the exact details can be hard to uncover. While the Canal Street Madam listed Vitter and Nungesser among her clients, the public has never been provided any definitive proof.  As I noted in a March 25, 2008 column, “Of course there are many people who are very skeptical of Maier's comments. Critics note that Maier does not have any hard evidence linking Vitter or Nungesser to her brothel. In addition, she has a criminal record and is currently on probation. She was charged with prostitution and admitted to a career as a prostitute and a madam.”

While Maier is a convicted felon and an admitted prostitute, she does not have a reputation for lying. Now, one of the sensational accusations she made against Nungesser in her March 18, 2008 Ringside radio interview seems to have been proven true. Maier claimed that Nungesser had sexual harassment charges brought against him “at work.” Attached is a petition filed on November 7, 1997 by Ryck Soto against “William H. Nungesser” alleging sexual harassment, the exposure of genitalia as well as requests for oral sex. Soto alleged that this activity took place “on the job as well as off hours.” Soto worked as an employee of General Marine Leasing, while Nungesser was the President of the company. He claims that he had to endure a hostile work environment after he rebuffed Nungesser’s advances and was eventually wrongfully terminated from his position.

Over the next week, the voters of Louisiana will have to determine whether these charges have merit or are relevant to the position of Lt. Governor. In 2010, Vitter won re-election to the U.S. Senate against Democratic congressman Charlie Melancon by focusing on his opposition to the unpopular agenda of President Barack Obama. A majority of Louisiana voters overlooked Vitter’s alleged sexual proclivities because of their displeasure with the national political scene.

In this election, there is no national political agenda, only statewide politics. Nungesser’s opponent is incumbent Lt. Governor Jay Dardenne, a fellow Republican. Nungesser cannot tie Dardenne to Barack Obama. In fact, he has his own ties to Democrats to explain, specifically his contribution to U.S. Senator Barbara Boxer (D-CA) among others.

In general, Louisiana has forgiving voters; remember this is the state that elected Edwin Edwards as Governor four times. Yet, Louisiana also has a large contingent of evangelical and social conservative voters who may frown upon Nungesser’s alleged connection to the Canal Street Madam.

After providing this information in 2008, Jeanette Maier has not been doing too many interviews. She has been mostly enjoying her life as a private citizen and selling candles to earn an income. After a television movie was produced, the Madam never did publish a book or star in a cable series. However, she was featured in a 2010 documentary that won awards at film festivals across the country.

In this election season, she seems to be uninterested to re-enter the rough and tumble arena of Louisiana politics, even though her alleged client Billy Nungesser is running for the prestigious position of Lt. Governor.

Louisiana voters should weigh the Canal Street Madam’s charges and Billy Nungesser’s response, as well as all of the available information about the candidates before making an informed decision on October 22.

The voters of Louisiana are the best ones to decide whether these accusations have merit or are irrelevant to the race. This decision process will determine who wins this race and may even impact the overall image of our politicians and the entire State of Louisiana.

Nungesser’s consultant, Gates, said the suit was withdrawn by Soto. “The allegations alleged are completely false and (the plaintiff) will corroborate that,” Gates said.

Soto did, in fact, confirm to Gambit he “had a kind of humbug that was personal with Billy, and I was honestly trying to embarrass him. ” Soto added, “I don’t remember all the particulars, but we’ve made up. I’m campaigning for him now.”

Asked if he had received any money or settlement from Nungesser, Soto sighed heavily: “I wish.”

Also relevant is a column from early this week written by Bayoubuzz Publisher, Stephen Sabludowsky, who questioned why Nungesser through a consultant would launch a brutal attack regarding alleged sexual and ethically-questionable escapades by his opponent, Jay Dardenne.  Those allegations against Dardenne were made by the same agency that has done advertising for David Vitter and which is now working for Nungesser  David Vitter is a strong supporter of Nungesser.

In the column, Sabludowsky wrote,"

“Mr. Dardenne is alleged to have represented a person as counsel whom he had a personal relationship, and according to the information she provided me failed to compensate her for the settlement.”....

The line of attack against Nungesser gets even more wondrous.  Years ago, no less than James Gill of the Times Picayune wrote that Nungesser was a visitor to the Canal Street Madam’s brothel, a claim later supported by the Madam.  The Canal Street Madam later pointed a finger at Vitter during the heyday of Vitter’s “Washington Madam” scandal.  News stories later cast some doubt on the Canal Street Madam's assertion regarding Vitter.  The New Orleans madam made the same claims about Nungesser as she appeared in other venues and media.

Do you want to learn how to raise capital for startups?  Click here and learn how

Do you want to attract, hire and retain the best people? Click here and learn how

Learn how startups can engage in social media for their business