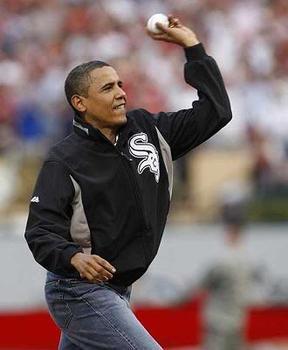 It’s now time to put the politics aside, and for members of Congress to stop the name calling.

President Obama should put an end to campaign style rallies, and get to work with Congress.  Our elected leaders must solve America’s fiscal crisis before the United States ends up in a deep financial hole it cannot climb out of.  The American people expect it, demand it, and deserve it.  This is not about politics.  It is about America’s future.

Cutting spending is heresy for democrats, and raising taxes is playing with the devil for republicans.  With this stalemate it makes it very difficult for the president or the congress to solve the out of control spending habits this nation has become so accustomed to.  Furthermore, when you realize that these outrageous spending habits were instigated by the same people who must now change their reckless ways, you can see just how difficult it is to eliminate the more than $1 trillion annual debt and nearly $16.5 trillion deficit past presidents, this president, and the congress have racked up.  If awards were given for fiscal irresponsibility, Washington would be the winner hands down.

The heart of the fiscal cliff legislation is raising taxes on the rich which does nothing to solve our debt problem, but it does fulfill President Obama’s campaign promise to tax the rich and put America on the path to class warfare.  He said he would do it, and he did it.  Members of Congress had little choice but to vote for the legislation given the alternative of even greater tax increases on everyone that would have certainly spun our economy into another deep recession.

It appears that the tactic used by the president and the one he will likely use again is to stall any meaningful negotiations so that when the last hour comes there is little left to do but do the wrong thing to avoid an even worse outcome.  In this instance, President Obama got his tax increase on the wealthy.  This was not about fairness, the richest 1% pays nearly 40% of all income taxes now; it was about more and higher taxes with the president now talking about new, more creative ways to raise even more taxes.

This president is a strong believer in social engineering and redistribution of wealth, and this is the mark he wants to leave on his presidency.  He believes that the harder you work, the more risk you take, and the more you earn, the more you should pay in taxes.  Forget about keeping some of your profits to reinvest in your business or for you and your family to enjoy as the fruits of your productivity and labor.  Mr. Obama does not care about fiscal responsibility.  He only cares about a bigger federal government, providing more services and more government checks to as many people as possible.  He is building a society in which dependency on government is critical in the day to day lives of the American people.  Unfortunately, many members of Congress agree with him as well as many Americans.

Congress is no saint in any of this either.  All spending must go through Congress, and Congress loves to spend money especially for pork barrel projects and special interests.  Take a look at the fiscal cliff tax legislation and its special interest provisions.  Since the federal government prints the nation’s currency and can issue its own debt, it is easy for it to spend money it does not have.  With the day of reckoning at hand the politicians in Washington must reign in the deficit and pay off the national debt.  Blaming the other side of the aisle accomplishes nothing, but it does serve the political blame game which is a favorite past time in Washington.

In the next few months the battle over the debt ceiling will rear its ugly head.  Fiscally responsible members of Congress, democrat and republican, should begin now putting together a comprehensive plan to solve our nation’s long and short term debt problems.  As part of this package, serious and meaningful tax reform should also be enacted.  Few people understand what their tax returns contain, and this is no way to raise revenue to operate government.  The people who pay the tax should understand how the tax is calculated, and that is nearly impossible with today’s tax laws.  Lastly, legislation must be put in place that prohibits the president and Congress from ever deficit spending in the future.  Of course, provisions can and should be made for a national emergency.

This can be done, but the willingness to do it must be there.  Let’s see who steps up to the plate before it is too late.